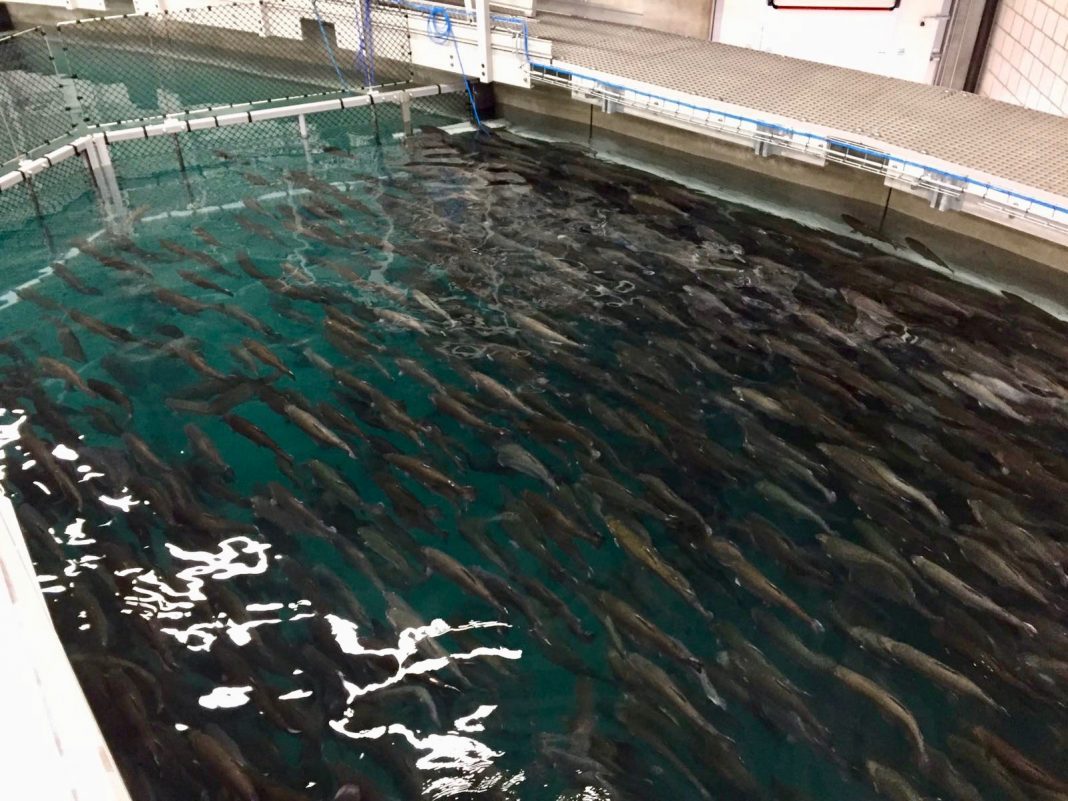 The first Swiss Atlantic salmon will be harvested in March 2018, from a land based salmon farm in Lostallo, an alpine village in the Italian part of Switzerland.

“In Switzerland, 13.000 tons of salmon is imported every year, and that figure is increasing substantially. It takes up to ten days for Norwegian or Scottish salmon to reach the Swiss consumer. Locally produced salmon can be delivered the same day, we have the benefit of freshness.”

Besides, ‘Swissness’ is already a brand in itself, he continues. “Swiss like to consume Swiss products. That gave us a certain security for this adventure. Also, fish prices are quite high in this country, Switzerland being one of the most expensive countries in the world.”

How did the idea for Swiss Lachs come about?

“Julian Connor, our CEO, saw a BBC documentary focussing on the problems connected with salmon farming with net pens in 2012. He started to dig into this topic, and after a workshop on RAS technology, his interest in land based farming was triggered and he came up with the idea for Swiss Lachs.”

Ronald Herculeijns’ own involvement also started at that period. “I was sales director at Louis Vuitton Moet Hennessy at the time. I didn’t know anything about salmon farming, but Julian asked me to take a look at his business plan. I thought it was brilliant. So, at a Dom Perignon workshop with 40 F&B managers from the best Swiss hotels, I asked if they would be interested in salmon farmed in Switzerland. They all were. Because these were all potential customers, I immediately saw a market opportunity. So I started to work for Julian, and also invested in the company.”

Farming capacity
Swiss Lachs started production in 2016, with more than 20 investors and with a warranty from the Danish export credit agency, backed by a Swiss bank. The company uses farming technology from Norwegian/Danish firm Krüger. “Pure Alpine water is pumped from the 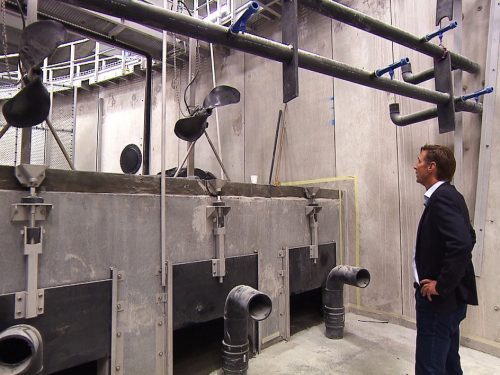 ground to run the farm. Our recirculation aquaculture system is state of the art, the water filtration technology is used to provide a clean and stress free environment to grow the fish. Two huge propellers producing currents, and the fish faeces is turned into biogas.”

The farming process is overseen by farm manager Thomas Hofmann, who used to work at also land based Danish Salmon. Every second month, 50.000 salmon eggs arrive from Iceland in the hatchery of Swiss Lachs. The feed is obtained from two fish feed suppliers.

Swiss Lachs has a farming capacity of 600 tons round fish annual production, says Herculeijns. “Around 480 tons head on gutted. With 600 tons of round fish we produce less than 5 percent of the annual volume consumed in the Swiss market. If we are successful, we will expand within five years, to 1800 tons per year. We already have the permits for that, and a piece of land reserved, right next to our farm.”

Which revenue do you expect from that amount?

“I am hesitating to give financial figures, but the revenue will be high. We will differentiate us through freshness, quality and higher prices than those of salmon from Norway or Scotland. Our fish swim in clean alpine water and we invested millions in the water purification and filtration system. The Swiss consumer is ready to pay a surplus for good quality.”

Do you expect competition, from Switzerland or another European country?

“It is possible, but it will take time for another company to find financing, arrange for all the permits, and get the first cash flow. We started construction in June 2015, and had the first fish in our tanks in December 2016 and until the fish reach a decent harvest size is a long process.”

Swiss Lachs started out with trout. Why was that?

“Trout is more robust, and because the technology we use is so new, we wanted to start with a robust kind of fish, to minimise the risks. That worked out well, we were able to fine-tune our technology with the trout.” 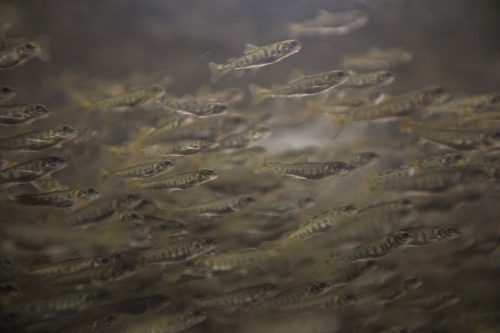 “90 percent of our trout has been sold fresh, head on gutted, to the main Swiss fish distributors who supply the restaurants and hotels. We also sold a nice quantity to Coop, the biggest retail chain in Switzerland.”

Herculeijns expects the first salmon harvest in March or April. “The fish will not be at optimal market size of 3,5 and 4 kilo’s at that time, but Coop, our major retail customer, wants to use it for an Easter promotion with the first Swiss Atlantic salmon.”

“We also will supply Globus and a few other high end supermarkets, but we don’t want to be too dependent on retailers, so we also focus on serving the gastronomy. Therefore we have contracts with most Swiss fish distributors. They do the logistics to hotels and restaurants for us.”

International consulting
Do you have plans for export to other European countries?

“The Swiss market is our main focus. Also, our yearly amount is not big enough for export. The only exception could be Italy. We are only an hour away from Milan. We already had requests from distributers from that area, and we are considering that as a possibility, because we could promote our salmon there as a regional product as well.”

Another option for business growth would be consulting, says Herculeijns. “We are looking into an international base for consulting about land based farming. With our experience here at Swiss Lachs that is definitely an option.”