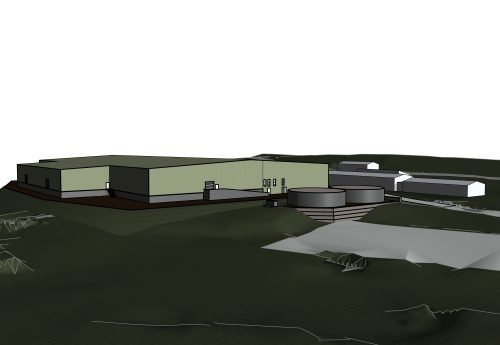 Huon Aquaculture’s USD30 million salmon nursery and large smolt unit at Port Huon on the island of Tasmania has cleared another regulatory hurdle, The Mercury has reported.

The OK from authorities puts one of Australia’s largest growers on the path toward producing 800 tonnes a year of smolt for its offshore leases.

In a statement, the company said juvenile salmon of 500 grams to 600 g were the aim of the new facility, a nod to greater grow-out survivability for larger smolt expected to spend less time in pens in open water.

For now, Huon grows all its fish on land to 200 grams before spending 15 months in marine holds. That’ll change to “less than 12 months” should Whale Point be approved by local government, the last hurdle. The 106-metre by 83 m building will house 12 circular grow-out tanks, four smaller grading tanks and water treatment.

The first delivery of fry on site are expected in October 2018, although plans are already a few months behind schedule. They’ll arrive from land-based hatcheries “all over the state”.