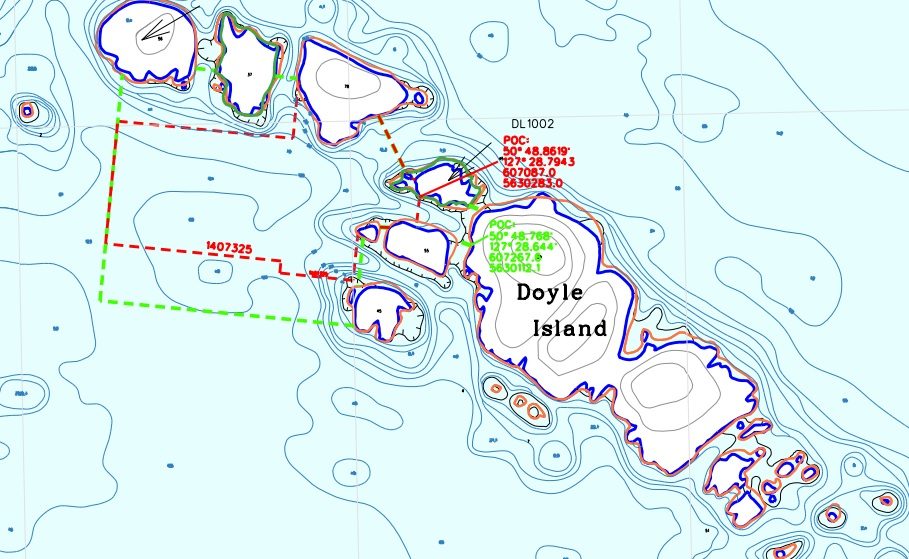 Marine Harvest could have alot of new Canadian salmon-production on the way, judging by the amount of infrastructure federal and provincial government have already approved. At the very least, there’s work ahead for the supply chain.

Provincial and federal documents seen by SalmonBusiness suggest a greater build-up — partly reported in this report on a new farm-equipment maker making 87 net-pens for Marine Harvest Canada — with approvals and pending reviews going back three years.

Late 2017 go-aheads
Most of the documents are less than 30 days old and suggest the company is adding to sites in the islands to the east and northeast of Vancouver Island. Federal fisheries authorities have just given the nod to expanding grow-outs at Upper Retreat Passage; Indian Channel near Larsen Island and Port Elizabeth near Gilford Island, sites that already produce about 8,000 t. A fourth site at Doyle Island in the Gordon Islands is under review by both the province of British Columbia and Ottawa.

“Marine Harvest Canada Inc. has submitted an amendment application under the Land Act to increase the size of their tenure and to modify their site infrastructure at Doyle Island,” a statement from provincial authorities said about one of the applications still under federal review.

From document dates, applications that include production increases — even for 500 t of extra biomass at Doyle Island — clearly have taken longer to gain approvals.

What follows is an approximate take on Marine Harvest’s “backlog in B.C”. Note that some applications denote salmon-production changes without providing biomass numbers and some describe vast new infrastructure-only add-ons:

In Larsen Island’s Indian Channel, Marine Harvest has had the addition of 2, 30 m x 30 m square cages to an existing net pen array of 10 approved without changes to the 1,800 biomass allowance.

Under review federally and provincially
At Doyle Island, the addition of 4, 120 c. cages to a pen array of 8 of these is being applied for; 500 t of biomass has been sought for a site currently licensed at 3,500 t. The review of this site was started in September 2017, and some documents suggest a near doubling of space to 75 hectares held up for being “un-surveyed foreshore”. Slate infrastructure include 1 feed barge, 1 accommodation barge, three utility floats and four transfer pens of 15 m x 15m (120 c.).

In all, Marine Harvest has sought five permits in 2016. Three have been approved. Two are under review.

Under review provincially since 2016
30 more net pens at Marsh Bay are planned under a “production” permit for biomass not yet specified; 12, 120 c. cages or 18 24 m x 24 m cages were applied for, along with 1 feed barge, 1 float house, 3 utility floats and 4 15 x 15 transfer cages. Another site that yielded less data was applied for at Phillips Arm.

Approved provincially since 2016
30 more 120 c. cages or 24 m x 24 m cages were sought for Duncan Island in the Goletas Channel. No production increase was noted as of Thursday. Exactly the same, 30 more cages and no changed production appear to have been sought for Shelter Bay in Richard’s Channel and at Wishhart Island (where Option 1 is for an 11-cage array using 120 m c. and Option 2 which is 24 cages 25 m x 25 m with a complement of 2 floathouses, 1 feed barge and 3 utility floats.