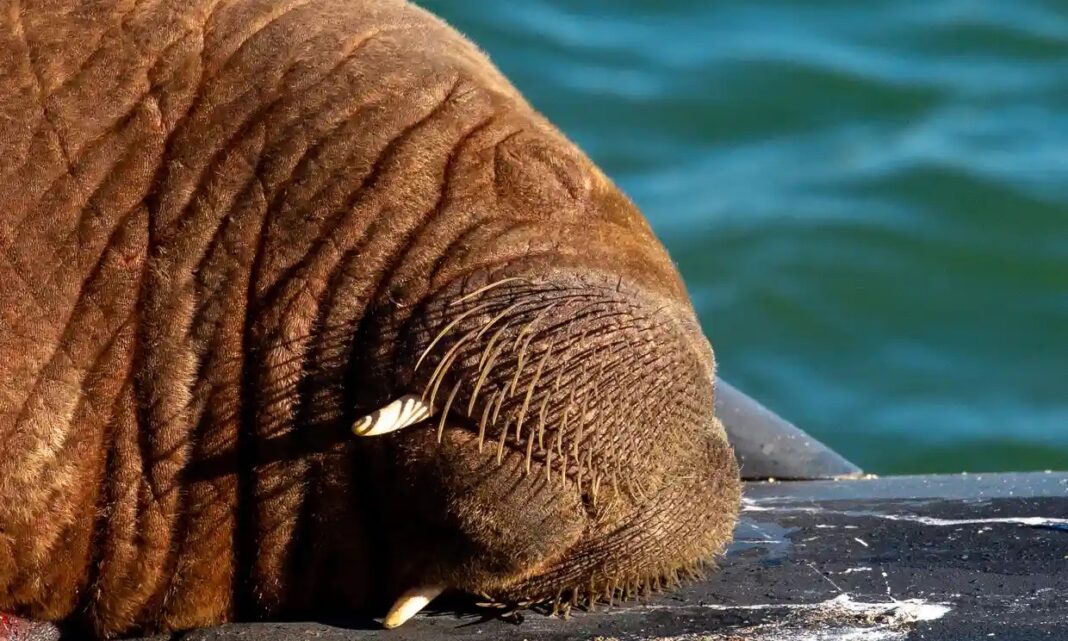 Walrus need to eat five to 10 per cent of their body weight in food every day, with individuals weighing anywhere between 881 to 1,700 pounds.

On Monday, SalmonBusiness reported the news that a well known walrus, Freya, had been spotted at a salmon farm in Shetland.

Read more: Freya the Walrus caught taking a nap at a salmon farm in Shetland

Today, a spokesperson for Cooke Scotland said, “We believe she has access to an abundant source of food on the sea bed close to our seawater site. As walruses don’t eat fish she poses ano risk to our Scottish salmon.”

Walrus need to eat five to 10 per cent of their body weight in food every day. With individuals weighing between 881 to 1,700 pounds, that would have been a lot of salmon.

The spokesperson continued, “We are able to carry out our daily fish husbandry duties without disturbing her (the pens are 120m) so she is welcome to spend as much time with us as she likes.”

“We understand interest in Freya, but we’d remind people that this is an operational seawater site and ask anyone visiting our sea water site for a closer look to keep a safe distance from the animal, ideally outside the grey buoys to keep everyone safe.”

It is believed that Freya initially swum down from the Arctic, passing by Denmark and Germany, before arriving in the Netherlands – then visiting the Northumberland coast before heading north east bound towards the Shetlands.

And it’s not the first time the magnificent specimen has been caught sleeping in unusual places – snoozing on some rocks just off the Northumberland coast last month, and before that allegedly spending three days on the deck of Dutch submarine; HNLMS Dolfijn.