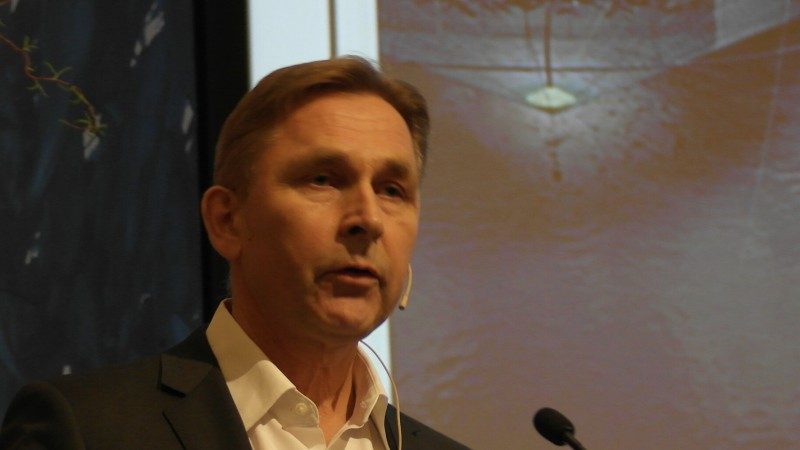 With the United States set to pull out of an Iran nuclear deal and set in motion new sanctions against the Tehran, there might be consequences for Norway-based aquaculture equipment maker, AKVA Group.

AKVA Group has, among other deliveries, delivered a range of complete aquaculture installations to the Caspian Sea and Persian Gulf. The company owns about EUR 100 million in assets worldwide.

“We have, obviously, followed developments in Iran over a longer period and already put in place some adjustments. But, recent days’ events have, if anything, made it more challenging,” AKVA Group chief exec, Hallvard Muri, told SalmonBusiness.

Uncertainty
AKVA Group has long been active in Iran but bet on the country even more after Norwegian Fisheries Minister, Per Sandberg, took a delegation of exporters to Iran in 2016. Sanctions had been lifted in 2015.

“With the lifting of sanctions, we stand before a unique opportunity. It isn’t every day that a market of 80 million people opens up overnight,” Sandberg had said then.

In the first year after the lifting of sanctions, Norwegian exports to Iran rose by 140 percent, Norwegian NRK reported, citing NTB.

Prime Minister Erna Solberg was reported as saying that what the US might end up doing still isn’t clear: “For now, this is a statement from Trump. The question is how will this be followed up. Will things be set in motion, or is it a threat and a play,” Solberg was quoted by NRK as saying.

Continuing as before
Norwegian Foreign Minister, Ina Eriksen Soereide, told NRK that there’ll be a period of uncertainty, but that the Ministry has been busy providing as much information as possible to companies investing in Iran.

“At the same time, establishing an office Iran wasn’t just to focus on the local market. We’re working with customers in several countries in the Middle East, and as of today, work continues as before.”