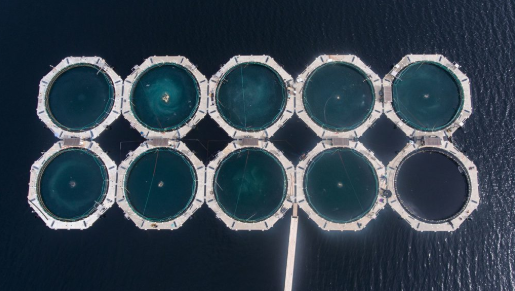 They are applying for licences to produce up to 6,000 tonnes of salmon annually.

AkvaFuture hopes to start up a closed-pen salmon farm in Ísafjarðardjúp in the Westfjords, northwestern Iceland. The company is an Icelandic subsidiary of AkvaDesign and a sister company of AkvaFuture which already operates closed-pen fish farms at three locations in Norway.

AkvaFuture CEO, Rögnvaldur Guðmundsson, stated in a press release that closed-pen farms reduced the environmental impact of fish farming as waste can be collected easily. He added that closed pens also completely prevent salmon from being damaged by lice. Furthermore, the farms virtually eliminate the likelihood of fish escaping, which can only occur during transport or extreme situations.

With it’s ideal natural conditions, Iceland’s aquaculture sector has boomed over the past two years. The total production of farmed salmon in Iceland in 2017 was close to 11,000 tonnes and over the next few years it’s expected to rise to 22,000 tonnes. However the carrying capacity of issued licenses in 2017 was equal 132,000 tonnes, which will cement salmon as the most important farmed species for a while at least.

Mr Guðmundsson told SalmonBusiness why he thought that Iceland was particularly attractive to the industry.

“It’s interesting, there are areas that are suited to salmon farming. Also generally it’s becoming quite difficult in Norway because there are mainly environmental concerns that are determining factors in issuing new licenses in Norway. We feel that in Iceland there is an opportunity for growth,” he said.

And what’s the view from Icelanders themselves about the proposed licences?

“There are lots of opinions, there are those who are sceptical of the farms sustainability. There is a huge wild river salmon fishing industry here. But there are also those who feel that it will help rural areas that have struggled to maintain jobs for people,” added Mr Guðmundsson.

The licence process could take up to two years.