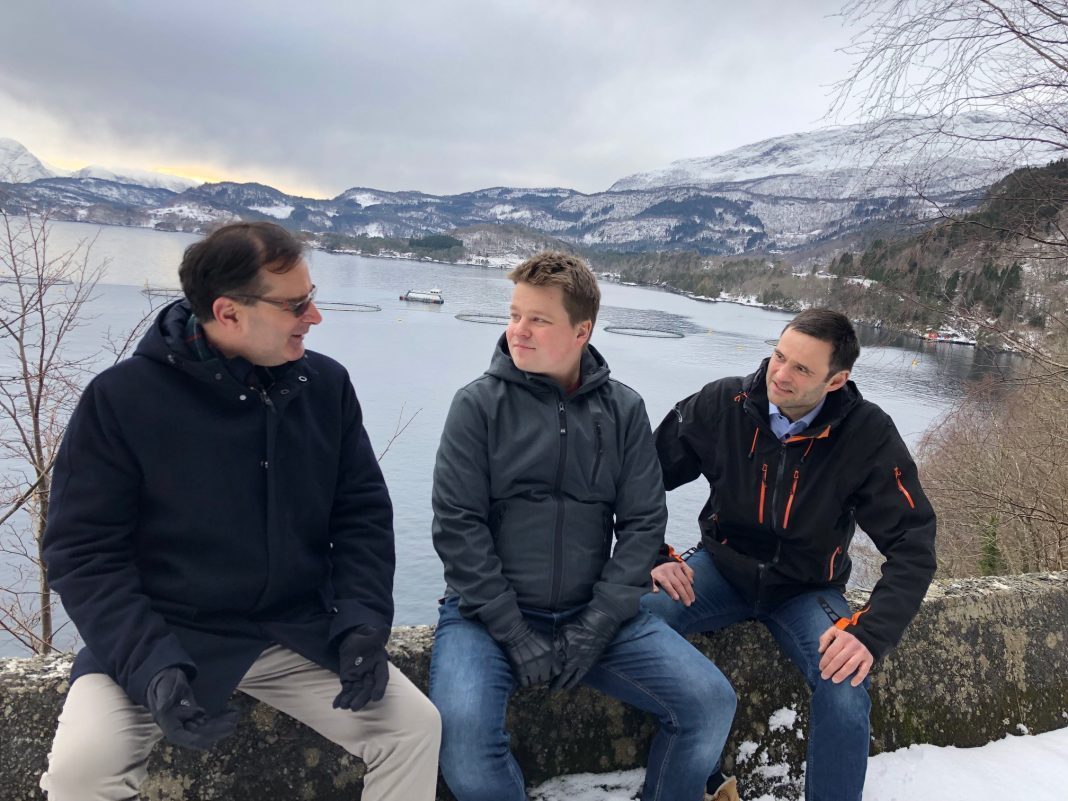 Behind them, the rock wall plunges 70m almost vertically into the sea. Out on the Hardangerfjord, a barge feeds salmon cages.

“Here are 800,000 fish. In 2017 we put the fish in the water and harvested them during the winter,” said Erlend Haugarvoll, general manager of Lingalaks.

Diet
The special thing about their salmon, which now has an average weight between four and five kilograms, is that since October last year, they’ve been on a diet that consists of marine algae oil.

“All of our 2018 stock was fed on algae oil feed. Lingalaks have ten sites, and three of them go on algae, said Haugarvoll to SalmonBusiness.

“We are concerned with innovation and sustainability. We have a chemical-free operation. We electrify our plants and fish oil is a limited resource that is important to us. We started this project when Skretting contacted us about the opportunity one year ago,” he said and adds that algae oil is both approved and tested in the laboratory.

Seaweed
Next to him, on the edge of the wall that runs along the old main road between Norheimsund and Strandebarm, is director of product development in Skretting, Mads Martinsen, and subcontractor Veramaris’ head of Karim Kurmaly.

Veramaris produces marine microalgae based on natural marine algae. Production takes place at their factory in the Midwest of the United States.

Fish feed customer Skretting is pleased with the results.

“We focus not only on the end product and the customer. We also focus on salmon. It also needs EPA and DHA for growth, fish health and quality,” said Martinsen.

Regardless of fish oil
“It is good to come to the point that we are independent of fish oil. We have shown this to be the case in trials and laboratories. Now Lingalaks takes the first commercial step. We started in October. Now the fish is 4-5 kilos. In October we were confident enough on the evidence behind the raw material,” said Haugarvoll.

The Vermaris boss is pleased to have landed his first commercial agreement on salmon farming.