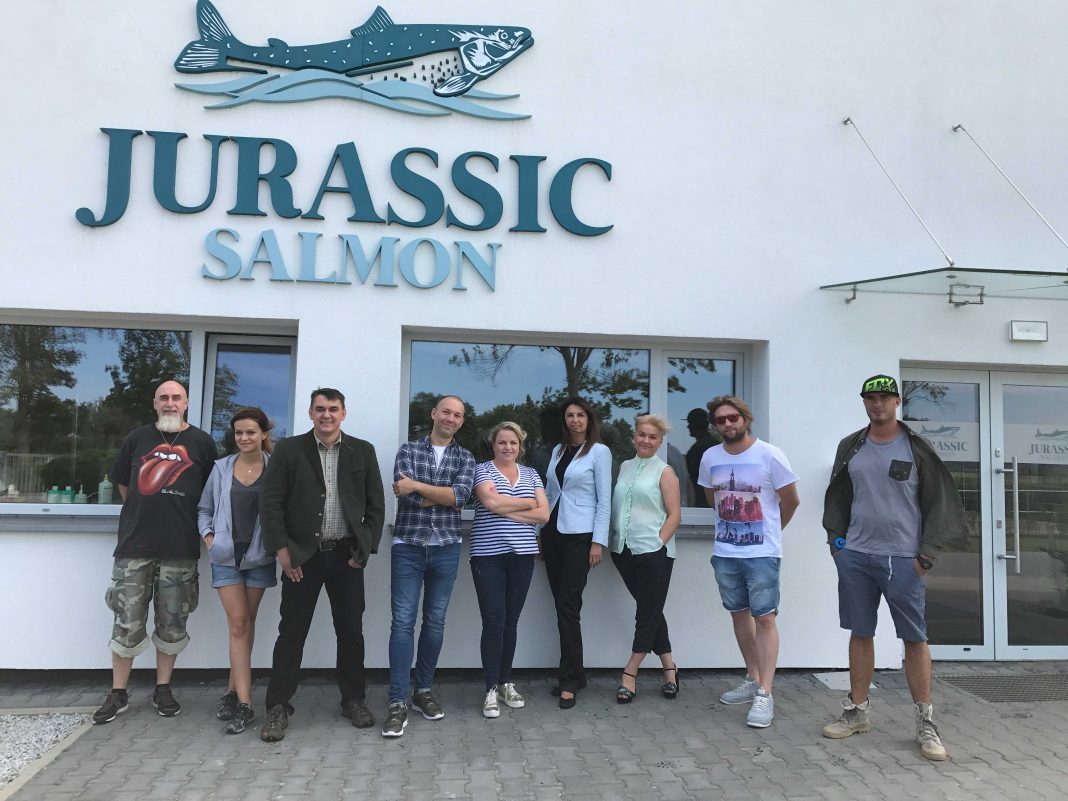 “My name is difficult to pronounce for anyone not from Poland. Just call me Remi,” says Remigiusz Panicz.

Remi is part of the team running Jurassic Salmon, which is engaged in land-based farming of salmon, using water pumped up from the ground.

“We started in 2011,” he said. “The original purpose behind drilling for water was for use in a spa. The owners of Jurassic Salmon also own some hotels in Western Poland. The main reason we use groundwater is that the content of heavy metal and dioxins has been filtered out,” explained Panicz, who is a graduate of the West Pomeranian University of Technology.

“It was a major task to drill the hole all the way down to 1,250 meters. But the (barometric) pressure is so intense that it isn’t a problem,” he said.

The company’s name conjures up clear associations with Steven Spielberg’s film classic ‘Jurassic Park’, but that wasn’t the intention.

“The name ‘Jurassic’ was inspired by the fact that the company’s geothermal water originates from the Jura period,” he explained.

Jurassic Salmon’s farm is located three kilometers from the shores of the Baltic Sea, just northeast of Szczecin.

“We’re in the greenest part of Poland. No problems here with pollution,” said Panicz.

Here the company has its smolt hatchery and farming section, consisting of 14 large concrete tanks.

National event
“Poland is an underdeveloped country; it doesn’t have all that many regulations that would hinder startup companies. It was a major event in Poland the day we started. The bishop came to visit, government officials came calling. It was a fascinating experience. Nonetheless, the next day we got into our work overalls. From then on we had to deliver.”

Jurassic Salmon produces and slaughters fish, and years of experience has built up company expertise.

“We take three batches, with 100,000 eggs, every fourth month. That provides us with slaughter volume of 150 tonnes, head on gutted.”

Heat problems
However, as with other land-based fish farming companies, Jurassic Salmon also has to deal with challenges in production. Particularly with hot, geothermal water, and hot summers.

“Heat is a gigantic problem,” said Panicz. “It’s essential we find a solution to resolving the heat issue. We must transfer it away from the water. We’re still on a learning curve. That’s how it seems at the present time. How it will work out in the future will depend on how the situation for financing shapes up in Poland. There’s much – very much – to resolve”.