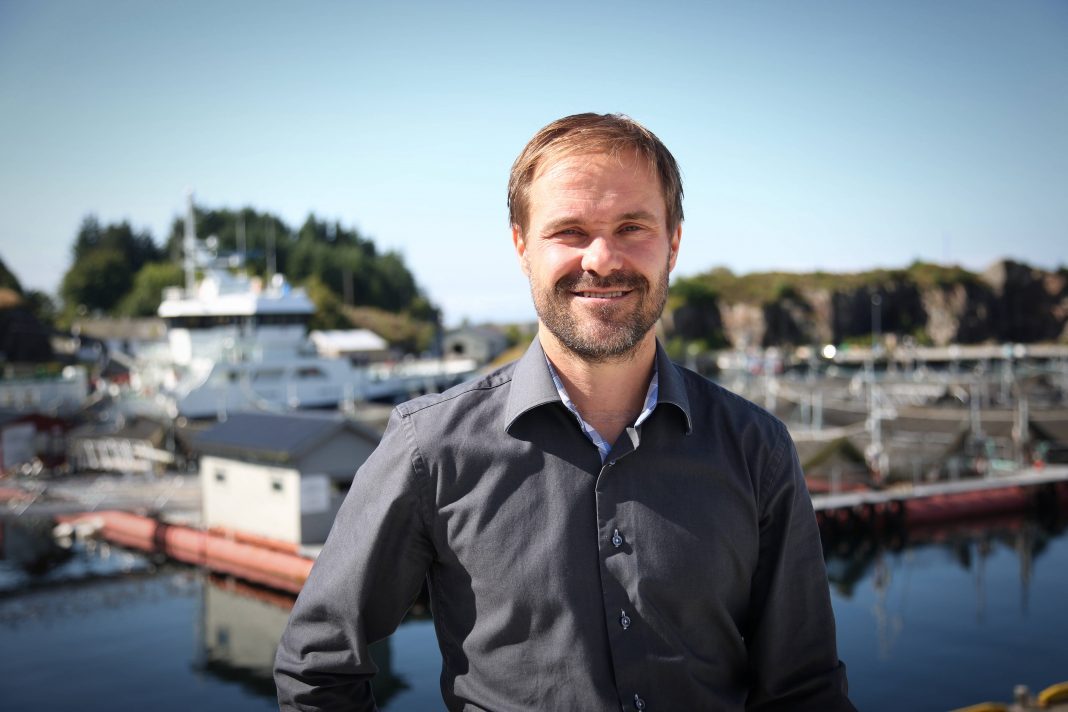 Last year, Norwegian company Bremnes Seashore broke all records and ended up with €230 millions in turnover. Eight months into 2017, they are about do do it way better than last year, according to Chief Executive Officer, Einar Eide.

“Last year’s result tells you that Bremnes Seashore is about to become an important part of the Sunnhordland region, and that we – together with the aquaculture industry – are getting bigger and bigger. That is great,” Eide tells SalmonBusiness.

Successful year
He adds that the company is about to surpass last year’s record turnover, despite the ISA outbreak, which resulted in over 900,000 salmon being slaughtered.

“We’ll have to calculate the effects of that,” Eide says.

“Bremnes Seashore have a great market share, and the aquaculture industry as a whole has increased their wealth creation. However, we have a stagnation in production in the sea – which corresponds to the rest of the market.”

According to Eide, these are the reasons the aquaculture industry is growing:

“Wealth creation through high salmon prices. The main reason is, however, activity in other areas.”

Expanding
Bømlo’s largest company’s headquarters are located in Øklandsvågen on Bremnes. It employs more than 200 people on administrative tasks and factory activity; packing, slaughtering and processing is all done here.

“It is going pretty well here. We are constantly expanding. It has been like that for many, many years,” Eide says.

“And when we are done with this expansion in 2018, we will probably start on new building projects,” he continues.

“AquaNor was nice. It was hectic, with a lot of people, and there were a lot of new things to get into. In addition, we get to meet our customers, suppliers, and the fish farmers,” Eide says.

“For me, it was mostly about incorporationg things that are fresh in the market, new trends, development and things like that. AquaNor is a particularly nice arena for the suppliers.”

Investment in new technology is gathering pace, and Bremnes Seashore wants to be a part of that development.

“A lot of interesting things are happening on the technology front. Automation, use of data for environmental monitoring – so that you can control what is in the cages and the production cycle at all times – are just a few examples,” Eide says. “I am entirely positive about that. It is a further step in industrialisation.”

Local solutions
One thing that characterises Norwegian aquaculture is the local ripple effect it gives. Most technological solutions are bought locally, especially from Hordaland and Rogaland.

“We have a large number of local subcontractors, and most of our purchasing is done locally,” Eide says.

“It is very important for us that the subcontractors are Norwegian, and preferably from the same region as us. We want to contribute to the community. About 90 percent of our purchases in 2015 and 2016 were from Hordaland and Rogaland, so it is mostly local.”

Large smolt
Earlier this year, iLaks wrote that Bremnes Seashore, together with Grieg Seafood and Vest Havbruk, wishes to increase smolt size, to reduce production time in the sea. The development, which is budgeted at about 32 million Euros, is scheduled to be completed in 2019.

“Bremnes Seashore has annually produced 770 tonnes of smolt a year, and by 2020 we will increase that to about 5000 tonnes a year. That is a formidable growth,” Eide says.

ISA outbreak
It’s just over a week since one could read that an ISA outbreak at Gissøysundet resulted in 900,000 salmon, weighing 2.1 kilograms on average, being slaughtered. It will cost the company a lot of money, but production continues, and the wellboat ‘Ronja Nordic’ was doing a delivery job when SalmonBusiness visited Bremnes at lunchtime Friday.

“We have fish deliveries here every day – Ronja Nordic delivers the fish directly on land. Since this is a fish with detected disease, one must deliver it in directly on land in order to prevent the release of virus-infected water,” Eide says.

Still, it does not cause Eide to lose sleep.

“Not as long as we are not talking about human lives. There is a risk in doing business. One is obliged to make the right decisions. It is not nice when things go wrong, but that is just how it is,” he continues.

He believes that good technology at the facility ensured a much lower level of damage than could have been the case.

“We detected the virus quite early on. There were no mortalities at the facility; it was only one cage with a positive diagnosis, and it got emptied today,” he adds.