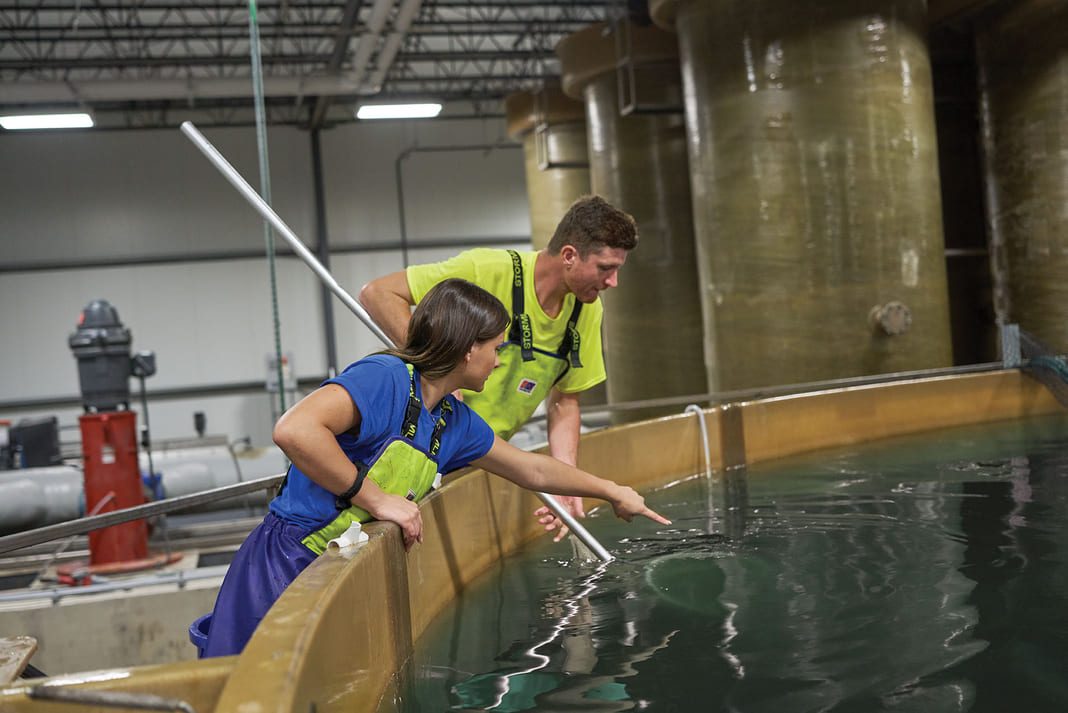 AquaBounty has identified Pioneer, Ohio as the location for its planned large-scale farm for the Company’s proprietary genetically engineered salmon.

The NASDAQ-listed company is finalizing the design for the estimated 479,000 square foot facility and expects to invest over $200 million in the project. Construction is slated to begin in late 2021 and the company anticipates commercial stocking of salmon to commence in 2023. Once in operation, the farm is expected to bring over 100 new jobs to the region.

“We are excited to announce Pioneer, Ohio as the location of our next farm,” said Sylvia Wulf, Chief Executive Officer of AquaBounty. “After an intensive analysis of the site data and the completion of substantial due diligence, Pioneer met our selection requirements. The Village of Pioneer, Williams County, the State of Ohio, JobsOhio and the Regional Growth Partnership have all been a pleasure to work with and are highly supportive of the economic benefits we plan to bring to the community.”

“The state of Ohio currently is finalizing a package of economic incentives to support AquaBounty’s location at the Pioneer site, as the plan for the new farm is contingent upon approval of state and local incentives. Details of the site purchase have been agreed upon and we expect to begin construction by the end of the year,” concluded Wulf.

“AquaBounty’s decision to choose Ohio for its first large-scale aquaculture facility is more evidence that Ohio is emerging from the pandemic stronger than before,” said J.P. Nauseef, JobsOhio president and CEO.

“This investment will bring 112 new jobs to Northwest Ohio, further solidifying the region’s role as a national leader in agribusiness production and distribution.”