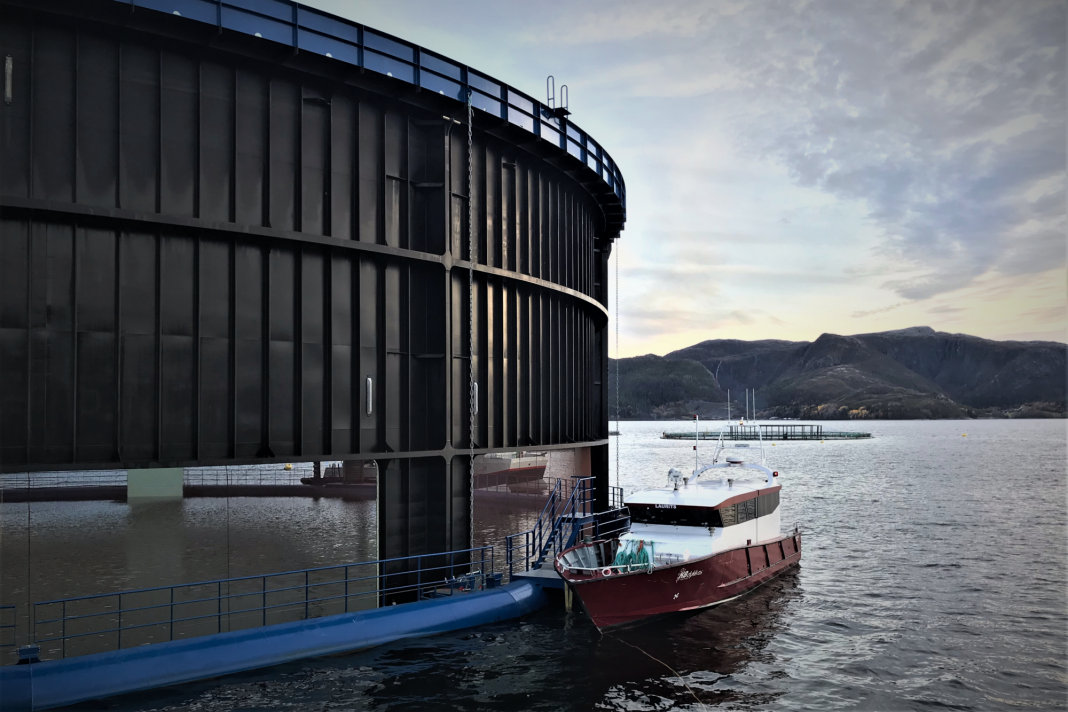 AQS, one of country’s largest suppliers of service and diving services, dropped the information in a post on its website. The company had been performing checks on the “Aquatraz” structure which was developed by Seafarming Systems in Stavanger, southwestern Norway.

Each cage has capacity for 1,000 tonnes of biomass.

“It’s an exciting project. On Tuesday, last night and Wednesday, we filled the cage with 190,000 salmon. The fish weigh 1.5 kilograms on average, and the freshwater depleted before it was transferred to Aquatraz,” said Roger Eiternes, chief executive officer in Midt-Norsk Havbruk.

In April 2017, the company received a grant of four development licenses for the concept.

According to AQS, the cage is constructed so that it is 1.5 meters above the waterline to prevent sea water from splashing with lice over the edge and into the salmon pens.

Four Aquatraz constructions will be built in total. According to the plan, the second will be completed at the close of 2018/New Year of 2019, while the last two will be built during the first half of 2019.

All of the cage constructions will be built at Fosen Yard.