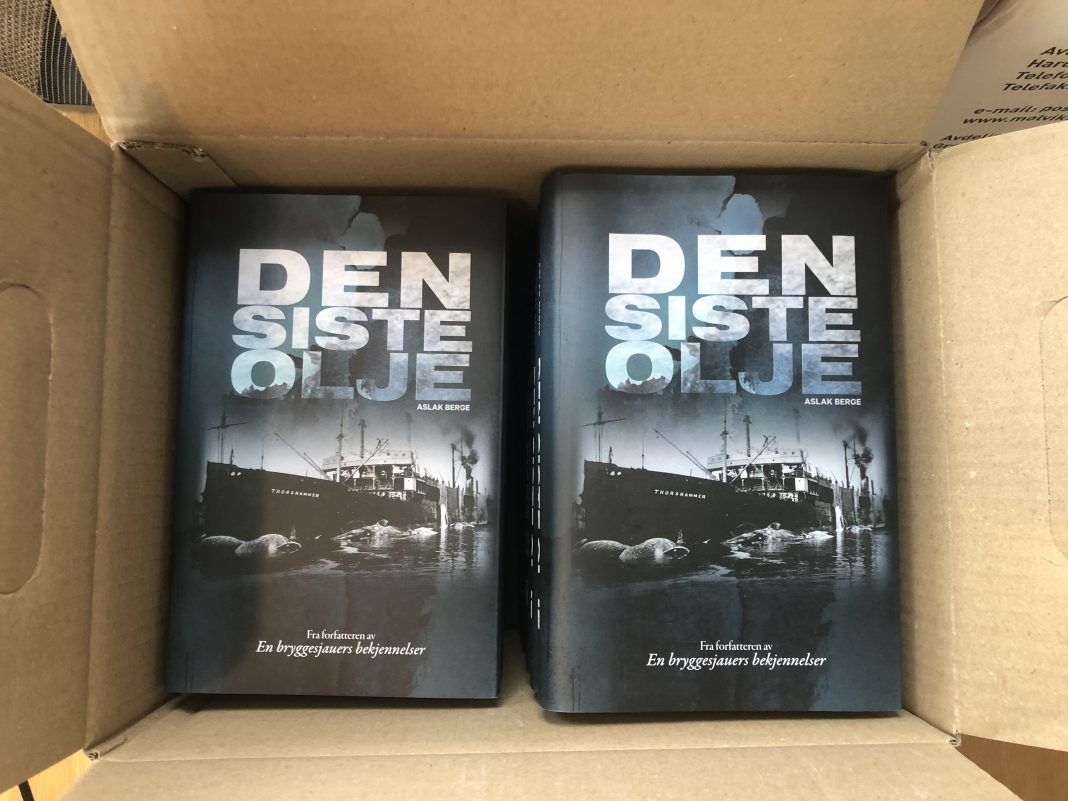 SalmonBusiness editor Aslak Berge has written “The Last Oil”, a book which looks at the real history behind whaling in Antarctica.

Concessions, capital-intensive marine industry, stock market speculation, innovation/technology development, catching in the open sea as well as flags of convenience. There is no shortage of common denominators between whaling and salmon farming.

Phased out
“Did you know that both the largest whale oil buyer, Unilever, and the biggest whaler, Salvesen, went into salmon farming?” Berge asked.

“The Last Oil” is easy to read, poignant and with a literary form that – without departing from purely historical facts – capturing any reader with an interest in finance, aquaculture, fishing, shipping and economic history.

Understand the market
Aslak Berge has previously published the books “Salmon Fever – The History of Pan Fish” and “The Confessions of a Docker”, all published at Octavian Publishing House.

“The idea of ​​”The Last Oil” was actually born when I studied economic history at the Norwegian School of Business and Business Adminsitration. The theme seemed intriguing, so I wanted to do a deep dive into the story I had become familiar with the fragments of,” said Berge.

Work on the book began shortly after Berge published his previous book “The Confessions of a Docker” eight years ago.

“Then I started the research and really started working on this, but it is clear that the build-up of iLaks and SalmonBusiness has taken most of my time over the last six years,” he admitted.

Market-oriented
“The Last Oil” is not the first book written about  whaling and will hardly the last.

He said he has one simple approach to his work as a writer: “I write books I would like to read myself,” said Berge.