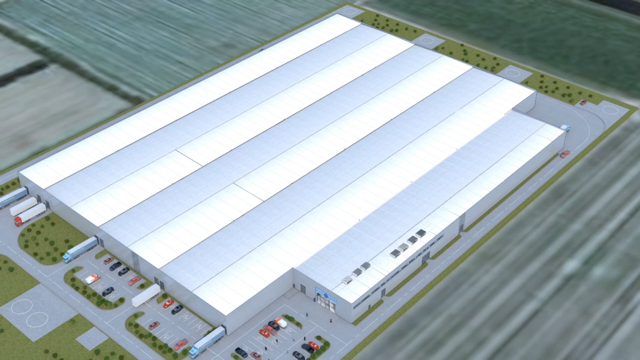 There’s a field in Miami-Dade County, near the Everglades national park in southeast Florida, where work is going full steam ahead on preparing the site and foundations for what will be the world’s biggest land-based aquaculture complex.

The construction client is the Norwegian-owned company Atlantic Sapphire, majority-owned by Johan E. Andreassen and Bjorn-Vegard Lovik from Vikebukt, Norway.

Hatching next spring
Production capacity for Phase 1 will be 8,000 metric tons of salmon, gutted weight. Initial activity at the plant will concern the arrival and care of stocks of eggs, taking place already next spring. Afterwards the resulting fry, smolt and edible fish will be fed and raised in tanks.

“Hatching will occur 12 months from now. First slaughter will be 36 months from now …or thereabouts,” wrote Atlantic Sapphire founder Johan E. Andreassen in an e-mail to iLaks.

The massive construction project is divided into three stages. Once the entire plant is fully constructed, it will be able to produce no less than 90,000 metric tons of salmon annually. It will more than quintuple the United States’ existing salmon production, upon which the country will outstrip the Faroe Islands’ tonnage and become the world’s fifth largest salmon farming nation.

Made in the USA
Meanwhile, the Atlantic Sapphire group, which includes the subsidiary Langsand Laks in Denmark, will capture the position as the world’s sixth largest aquaculture company – in front of stock exchange listed Grieg Seafood.

All of the salmon produced by the company will be raised on land. Interest shown so far by U.S. supermarket chains and fish wholesalers to buy farmed salmon “made in the USA” has been highly encouraging.

Opting for Danish expertise
Atlantic Sapphire has engaged a variety of contractors for the task of building the enormous plant.

“An American general contractor with numerous subs. Both local and international. OHL is general, Lemartec for construction and Billund is the sub on re-circulation”, wrote Miami-based Andreassen.