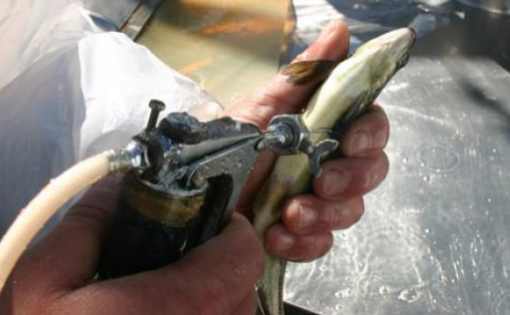 18% reduction is a step in the direction and it may be at its lowest level since 2011 but Chile’s love affair with antibiotics is still incredibly high.

On Thursday the National Fisheries and Aquaculture Service (Sernapesca) published the Report on the Use of Antimicrobials in Salmoniculture 2018, which is generated annually from the preliminary data of the System for the Control of Aquaculture, SIFA.

It’s down
According to the data, in 2018 antibiotic use decreased 18% compared to the year 2017. Likewise, the consumption index, calculated from the data of use versus harvests of the same year, reached a value of 0.038%, which means a decrease of 24% with respect to 2017.

As an example, the Director of Sernapesca recalled that during the year 2018, a total of 50 sea farm sites were certified as free of the use of antibiotics.

Both Scotland and Norway see 100% vaccination of production as a proven way to preventing infection.

Sernapesca said that it controls the use of pharmaceutical products, through the development and control of measures to promote the prudent and responsible use of these therapeutic tools.

National Director of Sernapesca, Alicia Gallardo, indicated that “during the first half of this year the report will be complemented with the data on use and consumption index of the crop companies, as has been done in the last published reports, so we urge companies to actively transparent the data, accessing the delivery of this information by Sernapesca.”

“Actively transparent” is the word. In 2018 Chile’s Council for Transparency (CPT) ordered salmon companies to provide information on the amount of antibiotics used by the company and farming centre during the years 2015, 2016 and 2017.

However in February 2018, 18 out of the 24 companies refused to provide the data, which was requested by the charity Oceana, arguing that the disclosure of this information “would put them at risk from a competitive, economic and commercial point of view”.

By the end of 2017, Norwegian salmon farming giant Mowi said that it aims to cut back on the use of antibiotics across its Chilean locations by as much as 70 percent.  Today, Mowi Chile has asked Chile’s highest court to oppose a ruling that individual salmon farming companies must disclose the amount of antibiotics used per growing cycle.

Risk
In conclusion, Dr Danilo Lo Fo Wong, Programme Manager for the Control of Antimicrobial Resistance in WHO’s European Region, warned back in 2015 that the: “Overuse of antibiotics—in farming or for human medical treatment—speeds up the development of antibiotic resistance, which is when bacteria change and become resistant to the antibiotics used to treat infections they cause. This is compromising our ability to treat infectious diseases and undermining many advances in medicine.”