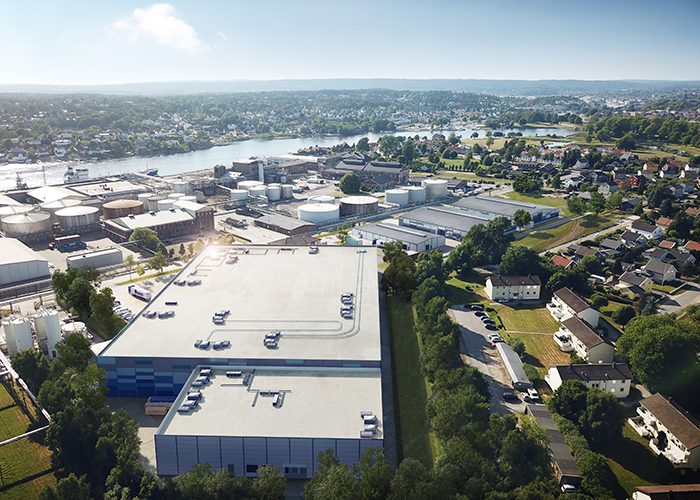 “As a bank, we must have a better overview of the overall risks before we consider financing full-scale food fish farms in addition to the current traditional aquaculture,” said Rune Søvdsnes, aquaculture manager at SR-Bank.

More and more people are planning large food fishing facilities on land in Norway. This week, SalmonBusiness was able to reveal that serial entrepreneur Geir Nordahl-Pedersen is planning three land fish farms with a total capacity of over 100,000 tonnes of salmon.However the entrepreneur didn’t want to divulge anything about how the plant is financed.

There are big plans in the Nordic country. In southeastern Norway, Nordic Aquafarms are gearing up for their Fredrikstad facilty. In Western Norway in Møre og Romsdal, Salmon Evolution has been granted a license for a land-based salmon farm, which could become Europe’s largest.

Norwegian banks, on the other hand, are still very skeptical about whether this is something to focus on in. DNB has previously stated that it will not contribute with funding at such facilities in Norway, but has stated that they interested facilities outside of Norway.

The risk is significant and unresolved
Aquaculture manager at Sparebank 1 SR-Bank, Rune Søvdsnes, said that they currently fund post-smolt facilities on shore, but believe it’s too early before they are become interested in, and willing to, contribute to funding for land-based facilities.

“We are following developments, but for the time being, the bank only finances post-smolt facilities on land. Full-scale farming of salmon on land is still in a relatively early phase. The biological risk is currently both significant and unresolved. And we must remember that there are still major challenges for the post-smolt facilities that have been built,” said Søvdsnes.

Søvdsnes believes it’s important to have a better overview of the overall risk involved before they consider financing full-scale food fish farms in addition to what they finance today with traditional aquaculture.

“We must see (how) competitive land-based fish production is in the long term proves to be competitive (in relation to its current forms in the sea) both – on the cost and risk side- before even considering financing this type of plant,” said Søvdsnes.

“Regionally, there have been no projects in the field of fish farming that have been aimed at us, nor have we wanted to contribute in such. In order for us to contribute with financing, the developer must set a considerable amount of equity, and not least, must demonstrate extremely good expertise,” said Helland.

He believes the risks, in addition to the obvious biological risks in a relatively untested technology, are too large.

“Farming is volatile stuff, if you start with larger projects on land and it works, then we will soon see prices drop, but’ we can risk not getting anything in return for what we have financed,” said Helland.

He added that they believe the lowest production costs still exist in the sea and are uncertain whether lan-based fish production in Norway will pay off at all.

“If you farm in land, you must save costs on transport, and then it needs to be closer to the markets. As a bank, we have been involved in farming ever since the start and have a good overview of what works,” he concluded.