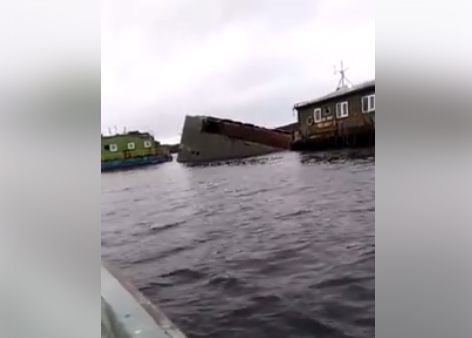 A video shared on the Chilean local news Facebook group Club de Emergencias Décima Región appears to show a barge tilted into the water, on the verge of sinking. The page claims that it belongs to Aquachile.

The video was filmed by K. Andress in the Canal Coldita, Quellón, Los Lagos region, Chile. He uploaded it to Facebook on the 20th of June where it has been picked by local news groups. Andress stated that he was concerned that there about the environmental risk.

SalmonBusiness has contacted the salmon giant for comment and confirmation. Aquachile is now the world’s second-largest salmon farmer.