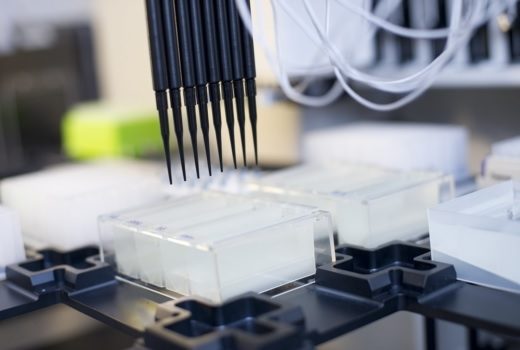 Benchmark Genetics, the fish-breeding division of Benchmark Holdings, on Wednesday said it is grouping all its genetics-focused subsidiaries, including SalmoBreed, StofnFiskur and Akvaforsk Genetics Centre, into one “organisation”.

“It’s nothing dramatic. It’s putting the businesses of the genetics organisation into one division. Benchmark Genetics will still be the holding company,” chief executive officer, Jan-Emil Johannessen, told SalmonBusiness.

One contact
“It has been a group of businesses not consolidated into one unit. The restructuring is more about better utilising our resources from around the world. Short-term, (clients) will be little affected. Some customers in some countries will now have one point of contact in the organisation for the kind of help they need. Long-term, they’ll benefit form the transfer of genetics knowledge from across species.”

Johannessen will now lead Benchmark Genetics while still being chief executive officer of SalmoBreed, a statement from the company said. StofnFiskur CEO, Jan-Emil, Jonas, has been named head of production for all production sites across the division.

Morten Rye, CEO of Akvaforsk Genetics Center, will lead the genetics team across the divisional boundaries as director of genetics.

Not just salmon
“Although salmon is the largest activity of the division, the future for our shrimp and tilapia programmes looks very promising. In order to maximise our progress for these species, we believe that the new organisation will deliver the necessary competence and resources for us to succeed”, Johannessen was quoted as saying.

“With these changes, I believe that our division is prepared to further strengthen our position in Atlantic salmon genetics and to expand our commercial activities for tilapia and shrimp into new regions and markets”, he stated.