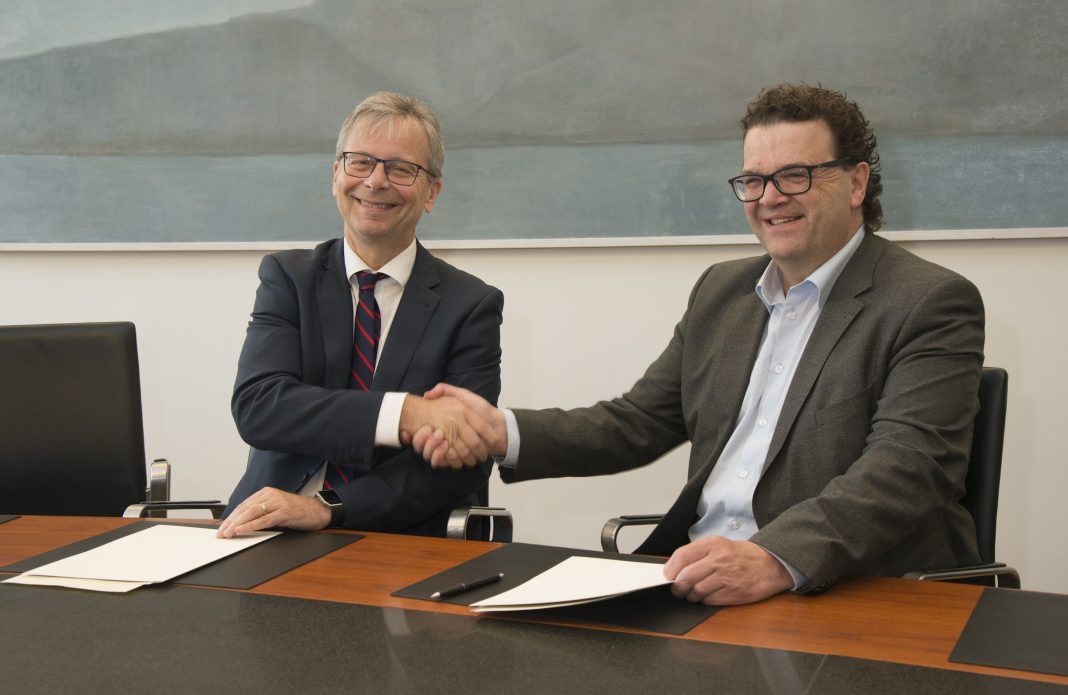 From left to right: Jón Atli Benediksson, Rector of the University of Iceland, and Jónas Jónasson, CEO of StofnFiskur.

The University of Iceland and Stofnfiskur hf, part of Benchmark Genetics today announce they have signed a new agreement on research of farmed Atlantic salmon. The project entitled  ‘controlling the maturation in farmed salmon’ will be funded by Umhverfissjóður Sjókvíaeldis and will take place over three years. Two new positions at the University have been created.

Salmon farming is an increasing concern in Iceland due to the potential environmental risk of mating between farmed and native salmon. The research teams will explore the opportunities in bringing the industry a step closer in producing sterile salmon, and will gain a deeper understanding of the genetic and molecular mechanisms behind the maturation process.

Aquaculture has significant potential for growth in rural communities in Iceland and provides job opportunities in a wide range of areas, such as biology, engineering and other services needed by aquaculture producers.

The vision for salmon farming in Iceland needs to be sustainable, diverse, competitive and economically viable. Central to this development is the environmental sustainability of the industry, an introducing sterile salmon in farming helps to promote environmental conservation.

Benchmark’s Stofnfiskur and the University of Iceland have successfully partnered on several projects over the last 8 years in the field of innate immunity.