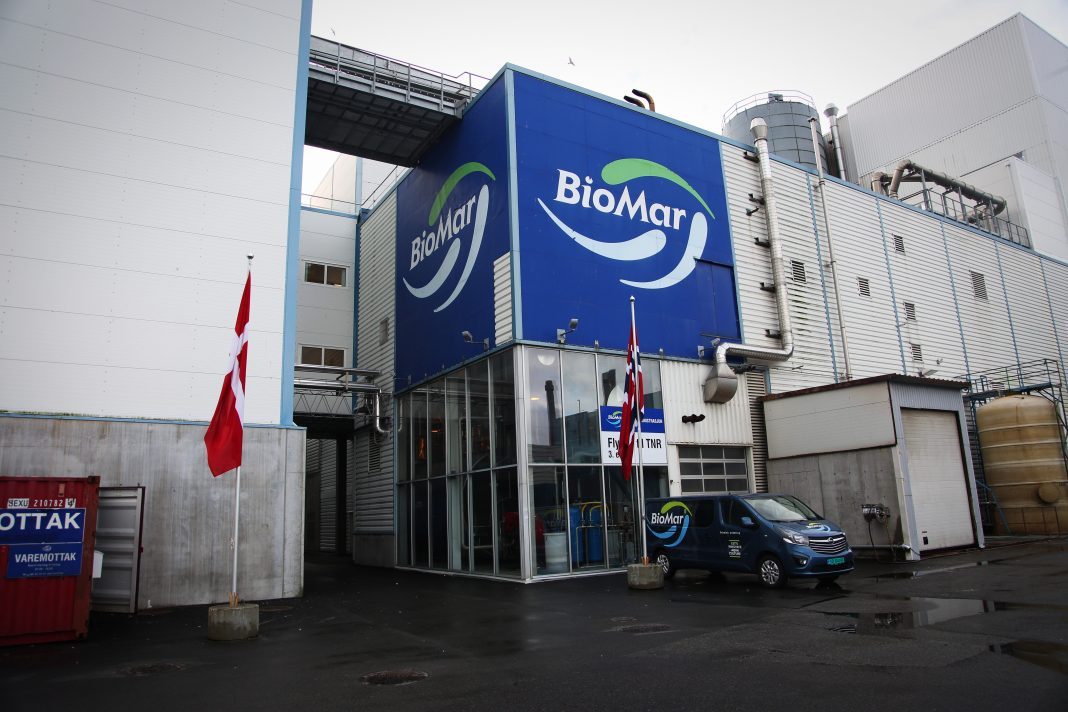 Company turnover increased a reported 12 percent to USD756 million, just as its BioMar business completed the 800-million-kroner acquisition of a 70-percent stake in Ecuadorian shrimp-feed maker Alimensta. In its reporting, BioMar revealed it had bought a six percent take in salmon-Chilean farmer Salmones Austral, bringing its total holding to 23 percent. Salmones Austral is said to also produce coho salmon, a notoriously challenging species to apply husbandry techniques to.

Schouw & Co. net profit for the three months ending September 30th fell by 514 million kroner over last year, impacted, it is understood, by the Ecuador acquisition.

BioMar, the world’s third largest feed producer, reported its full-year forecast would be 9.9 billion kroner for a 2017 that saw the establishment of a 140,000-tonne-per-year plant on the island of Karmoy, Norway. Company EBIT in the third-quarter was cut by 20 million kroner to 213 million kroner on earnings of 2.94 billion kroner that were up only slightly due to exchange rate losses and the Alimentsa purchase.

“BioMar increases its expectation of the year’s turnover as a result of the takeover of Alimentsa,” Schouw & Co. leadership wrote, adding, that 2017, when it’s over, will not have been impacted by “the special circumstances” — understood to be the Chilean production crisis — seen in 2016.

Schouw & Co., which reported for BioMar, said salmon accounted for most of BioMar’s sales growth but warned the business was facing increasingly stiff competition locally and internationally. The Alimentsa acquisition, however, gives it access to the Ecuador, which calls “the fifth-biggest” feed market in the world at 450,000 tonnes.