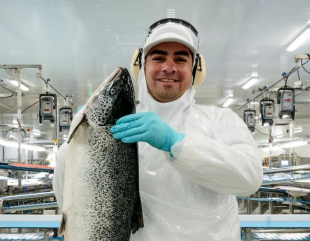 Its success is attributed from a boost in EBIT margins achieved by its Atlantic salmon operations, which now makes up 60 per cent of all company income.

Last year, authorities granted two new aquaculture concessions to BluRiver SpA – controlled by Blumar – to farm salmon in Magallanes, which is expected to add a further 20,000 tonnes of fish to production.