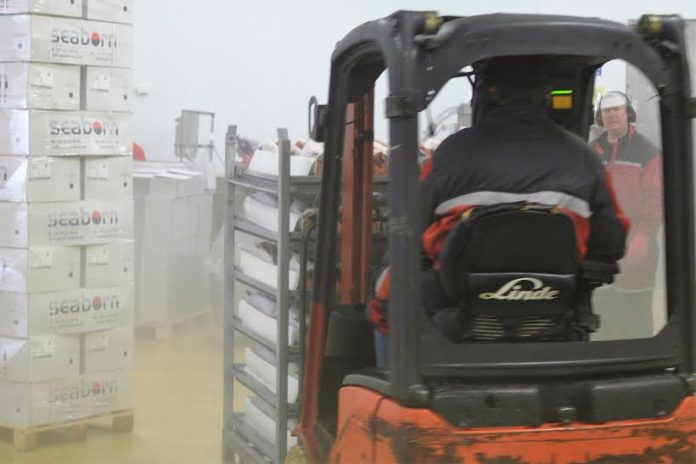 After settling a financially challenging year in 2016, Norwegian salmon exporters were able last year to celebrate their best profit margins for seven years. The 23 export companies whose annual accounts SalmonBusiness reviewed, sold fish to the tune of €4.9 billion last year, and are hence representative for the combined sale of salmon and trout from Norway.

Pulling the weight
In total they achieved operating profit of €99 million. This was sufficient to accomplish a profit margin of 2.03 percent – almost a half percentage point over the 2016 level. No mean feat for a business model that largely consists of solely buying and selling fish.

It is the heavyweight players that are pulling the weight.

Lucrative
The most lucrative player was meanwhile an old acquaintance.

Western Norwegian stalwart André Skarbø and his wholly owned company Platina Seafood recorded a billion kroner (€103 million) turnover for the first time last year, hauling on board a 4.3 percent profit margin. That was head and shoulders above Firda Seafood’s export division at 4.1 percent.

Losers
On the loser list it was the problem-burdened company Global Salmon that reigned in lonely majesty, after having lost €0.4 million. Russia specialist Orion Seafood presented a deficit for 2017, after a new year with extremely low activity. Nils Williksen also had to “grin and bear” a deficit last year.

Norwegian seafood is in hot demand. Sales for the aforementioned exporters have close to quadrupled over the last ten years.

In this ten-year period, the picture has at times appeared with increasingly thinner margins; not least in 2016 – the weakest year for profitability – since 2008. 2017 however, proved a highly uplifting year for the export segment, and is in all likelihood a reliable indicator of better times ahead.