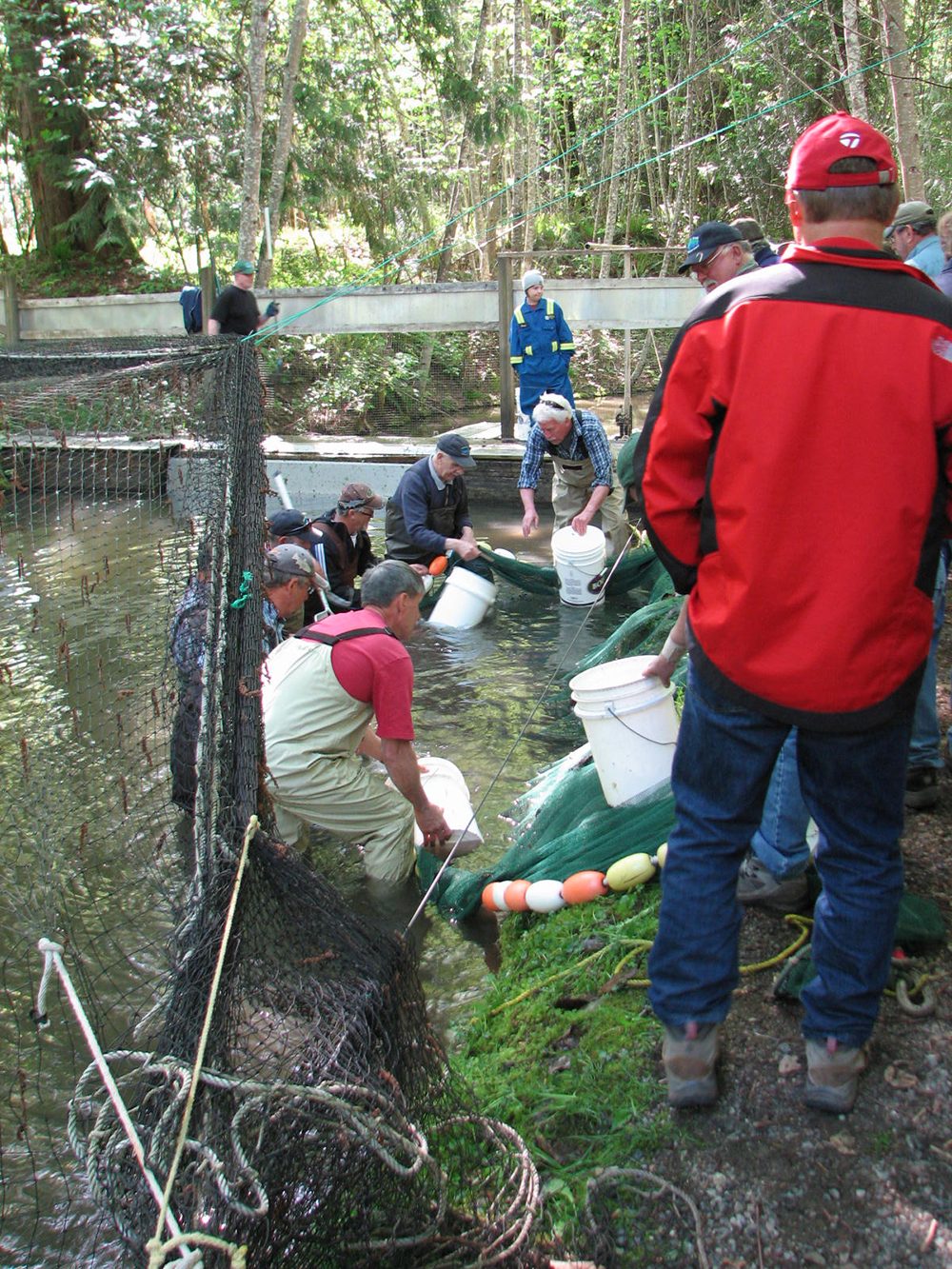 Marine Harvest Canada has reported that it spends more than C$20 million dollars on services and supplies each month at its besieged Campbell River locations, where salmon escapees from open nets are but one headache.

Recently, a delivery of smolt brought new forms of protest — indigenous people angry that a local grow-out’s permit will expire before newly delivered smolt mature to market size, and a letter from a federal minister advising the company to work with native communities and not ignore permit expiry dates, “or else” (they might not be renewed).

In the aftermath — amid still seething tempers — a columnist for the Campbell River Mirror weighed in to remind readers that “more Atlantic salmon escapees have showed up” in at least three area rivers. He referenced Cooke Aquaculture’s 160,000 Atlantic salmon recently lost near Cyprus Island, Washington, and he named a researcher that reported the escapee fish found near Vancouver “seem to be following schools of Chinook salmon as those fish spawn and die”. Interestingly, he wrote, caught farmed fish “show no sign of developing reproductive capabilities.”

Assessing the problem’s scope, he reported that just three incidents of Atlantic salmon escapes in B.C. had occurred in six years, and that 1990’s government attempts to stock Western Canadian rivers with Atlantic salmon had failed. Importantly, he didn’t write that the escapees found must be Marine Harvest’s — which would be wrong — and this alone seems to signal a change in the tone of coverage, at least for reporters with a mind able to see the many sides of a multitude of issues, as they report that fish, now, can be traced via their DNA to the farms they come from.