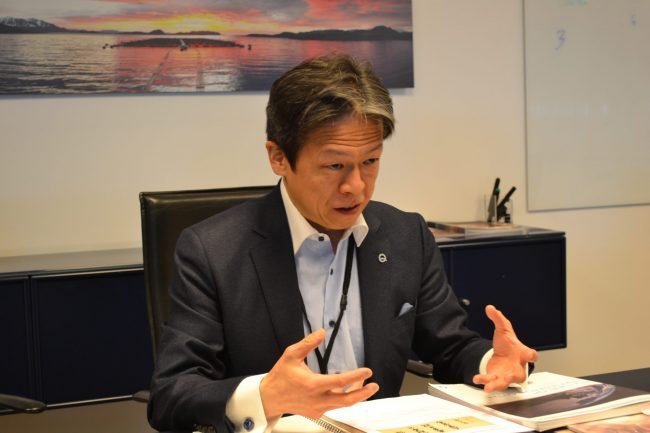 Yu Sato has resigned as Chairman of the Cermaq Group, a note in a public register of business has said, and the company confirmed another exec from owners, the Mitsubishi Group, will take his place.

Sato has been chairman of the board since 2015 and has been living in Oslo. He’s been a part of Mitsubishi Corp. since 1985, when he graduated from Hitotsubashi University in Tokyo as a graduate social psychologist.

Cermaq spokesperson, Astrid Aam, said Sato will continue in a roll as director of another company in the Mitsubishi Group.

Yasuhiro Kawakami, 54, takes over as chairman of the Cermaq Group. The Cermaq Web site said Kawakami has worked in the MC since 1986. He has previously been stationed in London and Liverpool, as well as Mauritius. From there he worked towards markets in Europe, America and Asia.

He was previously COO for the food division of MC. From 2015 to 2018 he was president and executive vice president of Toyo Reizo, a subsidiary of MC.