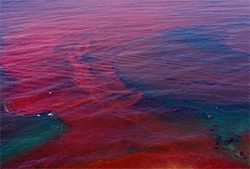 Chile’s algae bloom might spread, officials have said, but right now just 420 tonnes of losses at five farms can be attributed to lethal A. Catenella flora, CREAN, a marine institute studying harmful algae blooms has reported.

However, unusual mortalities of upwards of 800 t from several farms have been attributed to Salmon Rickettsial Syndrome, or SRS, and some 75,000 t of biomass appear to still be in danger for being in the path of both dangerous algae levels and the disease.

Overall, there’s been “massive mortality at five locations” and losses have been reported but unconfirmed at 20 farms in 11 Aysen region license areas. At 18 sites, the Alexandrium catanella algae has been reported at toxic levels of over 300 cells per milliliter.