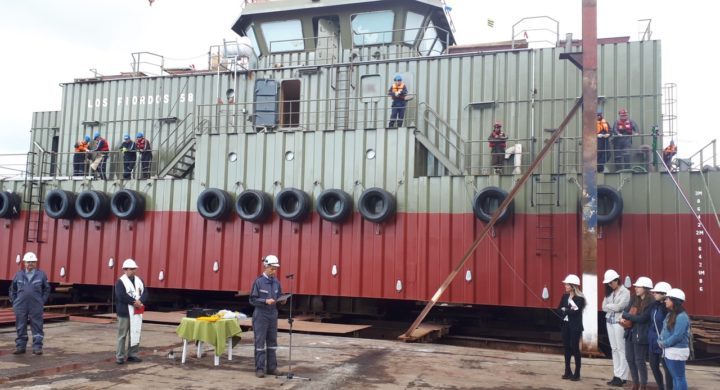 Chilean salmon farmer Los Fiordos has launched a new vessel, the second of 13 planned for this year, the company said.

The company’s “Fiordos 58” will serve the Puerto Cisnes site in the Aysen region.

Father Fabian Soto blessed the vessel, which was built and designed by the Chilean Shipyard Astillero Detroit. It consists of four levels with a capacity for 300 tonnes of feed.

Friosur is owned by Chile food giant, Agrosuper. In December 2018, the company’s net profit soared to USD34.2 million, up 130 percent over a year ago, after “a focus on costs and finding customers to help curb distribution costs.”