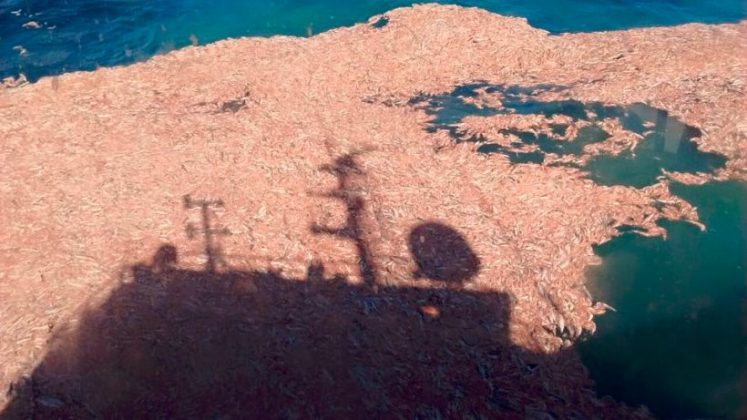 The Chilean Supreme Court has ordered the government to devise a new anti-pollution plan within two months after declaring the dumping of 9,000 tonnes of dead salmon by the Fisheries Directorate illegal.

Judges ruled Sernapesca, the name for the Chilean Fisheries Directorate, should not have been granted an “emergency license” to several companies who dumped 9,000 tonnes of salmon in 2016 when a blood algal led to massive killing of stocks.

The license was also approved by Directemar – the Navy and merchant Navy agency –  and the Ministry of the Environment, and was based chiefly on a technical report from Sernapesca; the court ruled the report failed to convince the need for the dump.

In its defence, the Directorate justified the permission it gave to the aquaculture companies – named by the Chilean media as AquaChile, Aguas Claras, Granja Marina Tornagaleones and Trusal, Ventisqueros and Australis –  that it was an emergency measure,  and that the companies who requested the dumping faced a “critical situation with few alternatives”.

The court’s ruling signals a victory for local coastal fishermen and environmental protection organizations which have for some time attempted lobbied the government to make the prosecute the aquaculture sector more accountable for the environment they operated in.

During the hearing this week in the capital Santiago, the Supreme Court accepted the call for a so-called “Recurso de Protección”  – Protection Resource  – from the fishing and environmental protection organizations. In essence, this allows under the Chilean Constitution people or groups to bring complaints and legal action against polluters.

The Supreme Court has given Sernapesca and the other government bodies a two-month deadline to come up with a new anti-contamination plan to act as a deterrence against contamination of the country territorial waters and also a cleanup plan in the event of accidents.