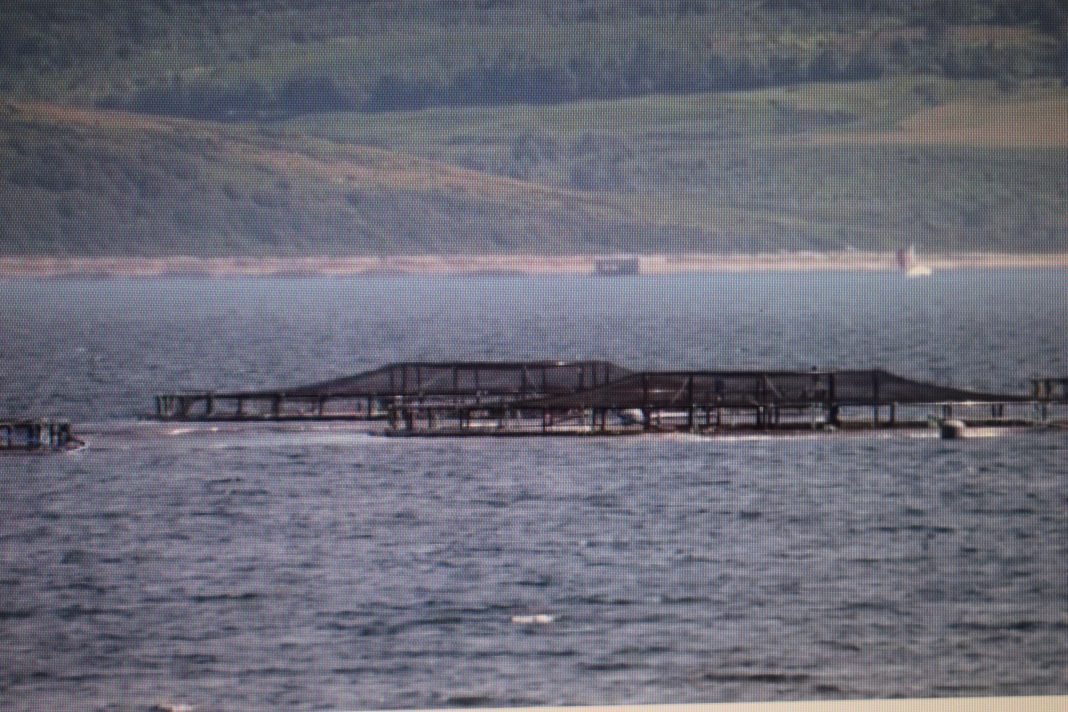 The accounts of salmon farmers in Shetland and Scotland reveal the stress and friction caused companies and regulators coming to grips with the sea lice pest. It’s now understood that Scotland’s stalled license issuances is largely about lice and new rules and methods now being devised to contain the scourge.

As 2017 wound down, high numbers of sea lice nearly saw the closure of at least one Grieg Seafood Shetland grow-out, after the company’s weekly reporting showed growing infestations of the salmon pest, documents seen by SalmonBusiness reveal.

The public disclosure shows a pattern of large companies, not just Grieg, barely managing to keep lice below acceptable levels. Some operations were “saved” by timely but effective lice “baths”, although some numbers show lice levels surging after lice “baths”.

In November 2017 — a month after it issued warnings to Grieg over too-high lice counts at two Shetland farms — the Scottish Fish Health Inspectorate issued a warning of impending “enforcement” if the numbers of lice per fish couldn’t be brought down to “acceptable levels”.

“If the weekly average adult female sea lice count per fish is not brought below eight in two weeks, an enforcement notice will be issued as Grieg Seafood Shetland Ltd. will not have demonstrated that satisfactory measures are in place for prevention,” the regulator’s letter said.

Intervention
The company’s lice reporting revealed the lice count had been “above the intervention limit of equal to or more than eight on four consecutive weeks (Week 41 to Week 44)” at a location called East of Papa Little. Despite three freshwater lice bath treatments in October, the count surged from 11.91 in Week 42 to 13.2 lice per fish in Week 45, when the Inspectorate sent its second “enforcement” letter.

Grieg, in an October note to the Inspectorate, had said it expected its treatment during the month to be effective enough to comply. “Grieg Seafood Shetland Ltd. is expecting high treatment efficacy,” the Aberdeen-based Inspectorate was told by the company in early October.

Instead, lice levels soared for another week.

Two Grieg sites, Coledeep and East of Papa Little, were to receive freshwater lice treatments in those October months. By Week 45, the Coledeep count had been brought just below the “acceptable limit”, but it would take five weeks and four “baths” before lice levels at East of Papa were brought down to under “4”.

At Coledeep, where treatment was to last two weeks, a partial harvest was carried out “to reduce biomass and number of holding units on site”. At East of Papa Little, a “top-grading” harvest was to thin biomass out enough to begin treatments.

Grieg not alone
Grieg wasn’t the only company having to answer to authorities on lice. The Scottish Salmon Company’s sea lice battles saw numbers fluctuate and peak between over nine in October to just under 13 in November 2017, with “low” numbers and “mechanical” lice treatments in-between.

In its November financial reporting, Bergen-based Grieg had reported “challenging” Shetland production along with record quarterly results. But, in the aftermath of its Shetland lice battles, managing director Andreas Kvame said he was keen to get costs to “average or below average” for the industry.

Marine Harvest, too, struggled to keep its Scottish lice numbers at its Loch Alsh farm below the legal limit of “8”, although its reporting of lice for nine other sites largely showed it had kept numbers at preferred totals of “less than three” lice per fish, or the level of lice control Scottish Sea Farms had managed using (at least) mechanical treatments.