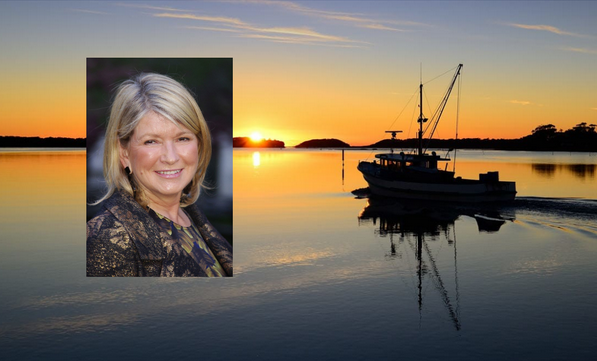 “Knowing where my seafood comes from is very important to me, and I’ve enjoyed and served True North Seafood to family and friends for years,” said Martha Stewart. “After visiting True North’s salmon farms near my Skylands home in Maine, I saw first-hand their innovative and industry leading methods of sustainable farming and fishing. Their passion for the environment and community is why they are one of North America’s largest and most trusted producers of fresh farmed and wild-caught seafood from the Gulf of Alaska to the Atlantic.”

The product line scheduled to launch next month offers an array of True North Seafood New Brunswick produce which is each accompanied by a Martha Stewart signature butter flavour or spice blend. Packaging will also include a recipe created by Martha’s Test Kitchen.

“We are thrilled to be launching this new product line in partnership with the Martha Stewart team,” said Glenn Cooke, CEO of Cooke Inc. “It is great for us to be able to work with Martha’s team to bring delicious, well thought-out meals to all tables, even those who have busy schedules and minimal prep time.”

Martha Stewart is one of the United States most famous celebrities and few have reached her level of success. The television and media mogul was convicted of felony charges of conspiracy, obstruction of an agency proceeding, and making false statements to federal investigators, and was sentenced in July 2004 to serve a five-month jail term.

In June last year, President Trump told reporters on Air Force One that he was considering pardoning Stewart – who appeared on a spin-off of Trump’s series The Apprentice called The Apprentice: Martha Stewart.

However, years on from her conviction, her merchandise brand is more popular than ever – thanks to an Emmy award with rapper Snoop Dogg, stints on the Food Network, best-selling cookbooks as well as her own TV network.