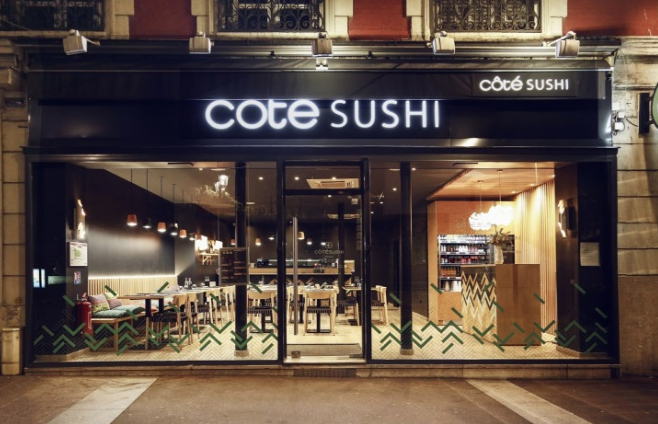 The popular made-in-France sushi brand has closed all five of its restaurants due to a disagreement between franchisor and franchisee.

It was supposed to last least eighteen years, after nine years Côté Sushi has closed shop (and the delivery service along with it) in Belgium according to Les Echos de La Franchise.

Yohan Azran, an early franchisee since the onset in Belgium, said: “We could no longer serve our customers with the excellence we had set. The parent company has not helped us on anything in recent years. It’s been intensified about sixteen months ago and we have restaurants that work pretty well but we had to put in too much of our own pocket.”

In total, five restaurants have closed in Brussels and its surroundings (Anderlecht, Namur Gate, Woluwe-Saint-Lambert, Jette and Chaussée de Waterloo).

This fast sushi concept was created by entrepreneur, Emmanuel Taïb, in 2008. As well as lots of salmon-based Japanese cuisine (sushi, sashimi, and even salmon kebabs) it also provides offers Japanese-infused Peruvian dishes such as ceviche. At the beginning of 2018, Côté Sushi had 28 restaurants, half of which were managed by franchisees and the remainder by Mr Taïb. The publication reported that the restaurant’s last turnover amounted to EUR 16 million.