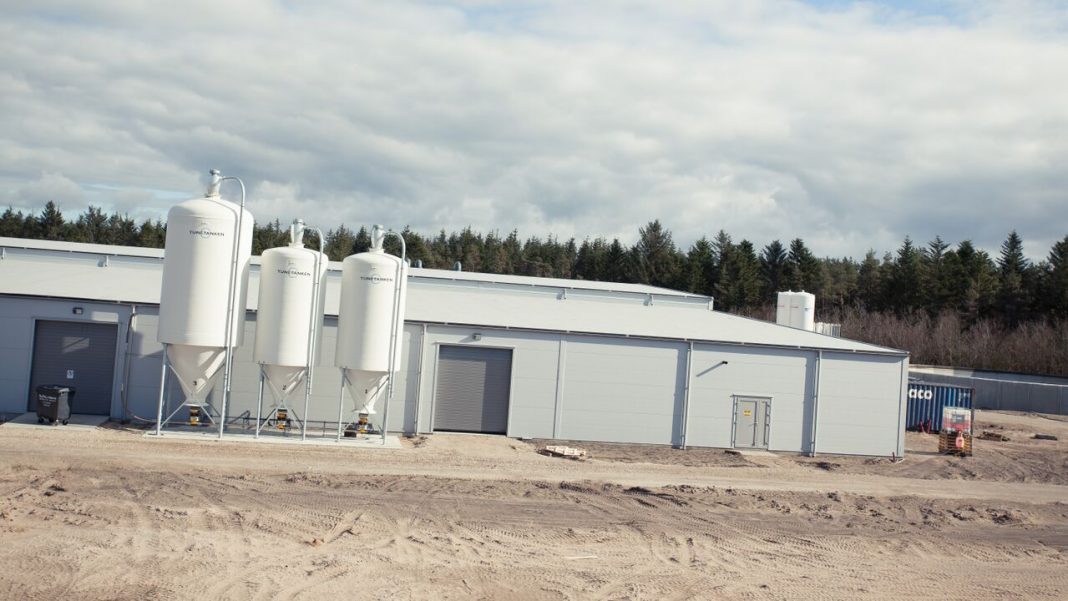 Today, Danish Salmon in Hirtshals, Denmark produces 1,200 tonnes of salmon in their land-based facility. However, originally the company wanted to produce much more.

“This facility was built in 2012 and the plan was to produce 2,000 tonnes of salmon anually.  But they were not able to. We can maximum produce 80-100 kilos of salmon per cubic meter here. So it goes without saying, if you are going to make it to 2,000 tonnes, you need to produce 200 kilos per cubic meter in this facility. It is not possible,” says director of Danish Salmon, Kim Hieronymus Nielsen, to SalmonBusiness.

Danish Salmon has struggled a lot since they began operating. Financially it has been a losing project. However, 2018 was different – it was the first year with profits.

Nielsen joined the company a while after it started up. According to him, the salmon is almost another species when farmed on land.

A lot would be different
Today’s facility is about 7,500 square meters, and if the company wants to double today’s production, they have to come up with a new facility of similar size, but the design will be significantly different. One of the major challenges in today’s facility is that Danish Salmon produces in seawater, and far from all the components are adapted for it.

“The facilities here look nice, but the wall panels cannot withstand seawater. So everything from building and construction materials to the technical elements and tank surfaces becomes different, based on the experiences we have made. We will continue with seawater, but we want everything to be easier to work with, and this will provide less maintenance,” says Nielsen to Salmonbusiness.

Nielsen says they have a great maintenance cost.

“Every year that goes by, it just gets more expensive and expensive. I don’t want to say anything about precise numbers, but it’s significant. There is a cost many people who do land-based do not think about. And we have, as mentioned, sea water in mind, it has even higher maintenance,” says Nielsen.

New challenges
Recently, Danish Salmon completed its twentieth batch with the successful slaughter of salmon produced on land in the facility. But experience and a possible new building will also bring new problems, Nielsen believes.

“Whoever thinks they are building something without problems lives in a fantasy world. That will not happen. We need a new design, and a new design requires new technology. And new technology, it gives new problems. But it is not something that is untested on a large scale,” he says.

Nielsen says that even though they know what technology to use, it is only a small part of what is required to succeed.

“The reason we have come so far is that we are in front of the problems. We are not perfect, we also make mistakes, but if you make 100 mistakes there is no reason to do 110 if you could avoid the ten,” he concludes.