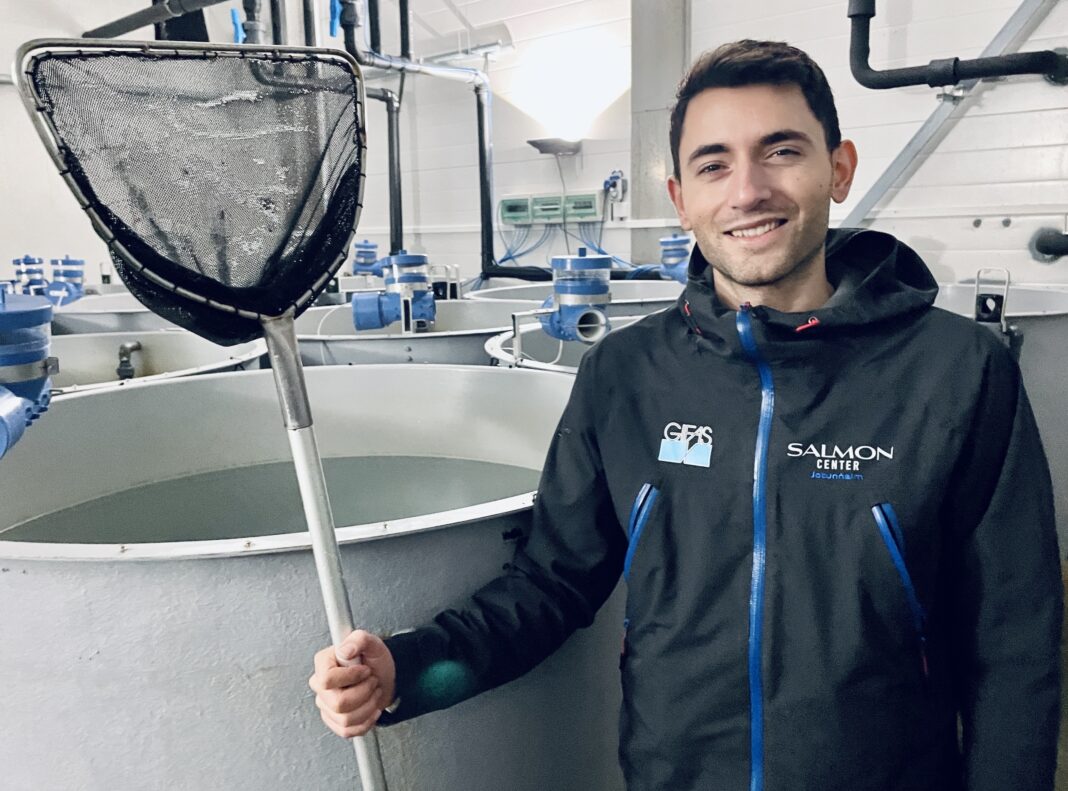 Mørkvedbukta Research Station in northern Norway was established in 1988 as part of Nord University. Here there is ample access to clean seawater from 50 and 250 meters deep, which supplies two outdoor departments and six test halls. In one of the halls stands a 28-year-old research fellow from Porto.

Tiago Lopes (28), from Portugal, is in the middle of an industrial doctoral study. His research focuses on how to get better welfare through nutrition strategies and selective breeding, by understanding how diet and stress affect the health of fish. And with it, the ability of those fish to eat farmed salmon lice.

Back in 2018, he was ready with all his luggage packed and the plane tickets in hand, when suddenly trouble arose in one of his lungs. It scared Lopes, who felt he was already a bit late for the start. It got worse when he consulted a doctor, and was told that he had a total ban on flying for the next three months, Lopes told SalmonBusiness.

Then it was just a matter of finding the map of Europe and the list of train companies. He was going to Norway as soon as possible. It would take five days and 17 different trains before he would reach his destination, Inndyr, in the north of the country.

Analyzes in Porto
Lopes is back on the move, and will now return to Porto with a number of samples in his bag. This Monday, fortunately, both he and his girlfriend board a plane from Bodø that will take the two to their hometown on the Iberian Peninsula.

“I have samples from the laboratory for further analysis at CIIMAR in Porto. In April next year, I will be back with the results and will continue to work based on that,” said Lopes. He hopes to complete his doctorate as planned in 2023.

“I’m definitely on schedule. It has gone well so far, and without major surprises and delays,” he said, happily. “Not least thanks to the immense efforts of my supervisor at Nord University, Jorge Fernandes,” said the doctoral fellow.

The doctoral program is a collaboration between Gifas, Skretting, Akvaplan-niva, Nord University and the Interdisciplinary Center of Marine and Environmental Research (CIIMAR), at the University of Porto. The latter two also contribute with their own efforts.

Dr. Benjamín Costas at the Animal Health and Aquaculture Group at CIIMAR, has contributed well with input to the doctoral degree. According to Lopes, the research group there is among the best in Portugal in this field.

Learning from the best
During his master’s studies at CIIMAR, it became clear to Lopes that he wanted to go to Norway.

“My goal was a job in business-oriented aquaculture research, so I asked my supervisors in Portugal to find projects I can work on in Norway. I wanted to learn from the best, and was lucky since Gifas at that time conducted experiments in fish nutrition in which CIIMAR participated. This led to my supervisor getting in touch with a researcher in Gifas, and in the summer of 2016 I was on a small-scale experiment here for three months.”

Sweet and friendly
“After that stay I went back to Porto to finish my master’s thesis. I enjoyed Inndyr in Gildeskål very much, and would like to return the following summer to work as an operations technician at the small-scale facility,” said Lopes.

“During the summer Ronald Jørgensen and Patrick Reynolds in GIFAS asked if I would continue the research and the possibility of planning and carrying out an industrial doctorate in collaboration with them. I was absolutely interested in that. My girlfriend quit her job and came with me to Inndyr.”

“She has a financial education and experience, and with Portuguese as her mother tongue, she quickly got a job in the rockfish industry. So we are thriving here,” Lopes smiled. 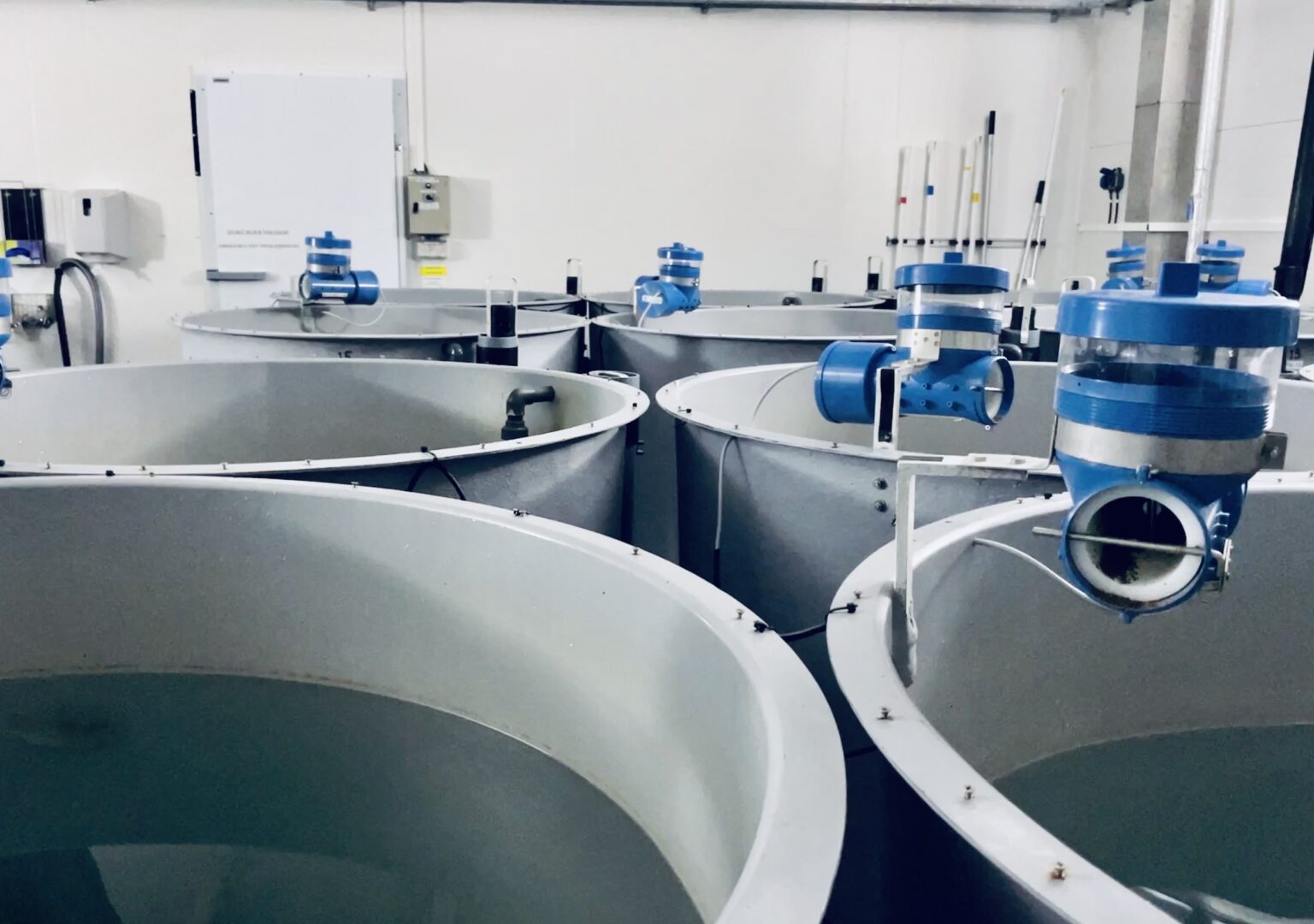 Inside the experimental hall in Mørkvedbukta there are twelve tanks. Everyone has been filled with lumpfish during his trial. The lumpfish were around 60 grams when they arrived, and are now up to just over 300 grams after three months in Lopes’ care.

“They are a cute and friendly little fish, which gets used to you and comes towards me when I look down in the tank. My goal is to improve lumpfish health. We have a moral obligation to take care of the health of the fish. As long as we have the fish in our custody, we must take good care of it,” he said.

A good eye
One of the main areas Lopes examines in this study is the fish’s eye health.

“A stressed fish uses far more nutrients. Without a feed with the right composition and level of these, it gets health challenges. One of the things we see that may be related to this is the development of cataracts,” Lopes explained.

“In the study, I follow the development of cataracts, and whether this is related to a lack of certain nutrients. Eye health deteriorates the grayer the pupil is.” Preferably it should be completely black, said the Portuguese.

“I’m lucky to work with Patrick Reynolds in Gifas. He has been researching lumpfish for more than ten years and is very concerned about the fish’s eye health. 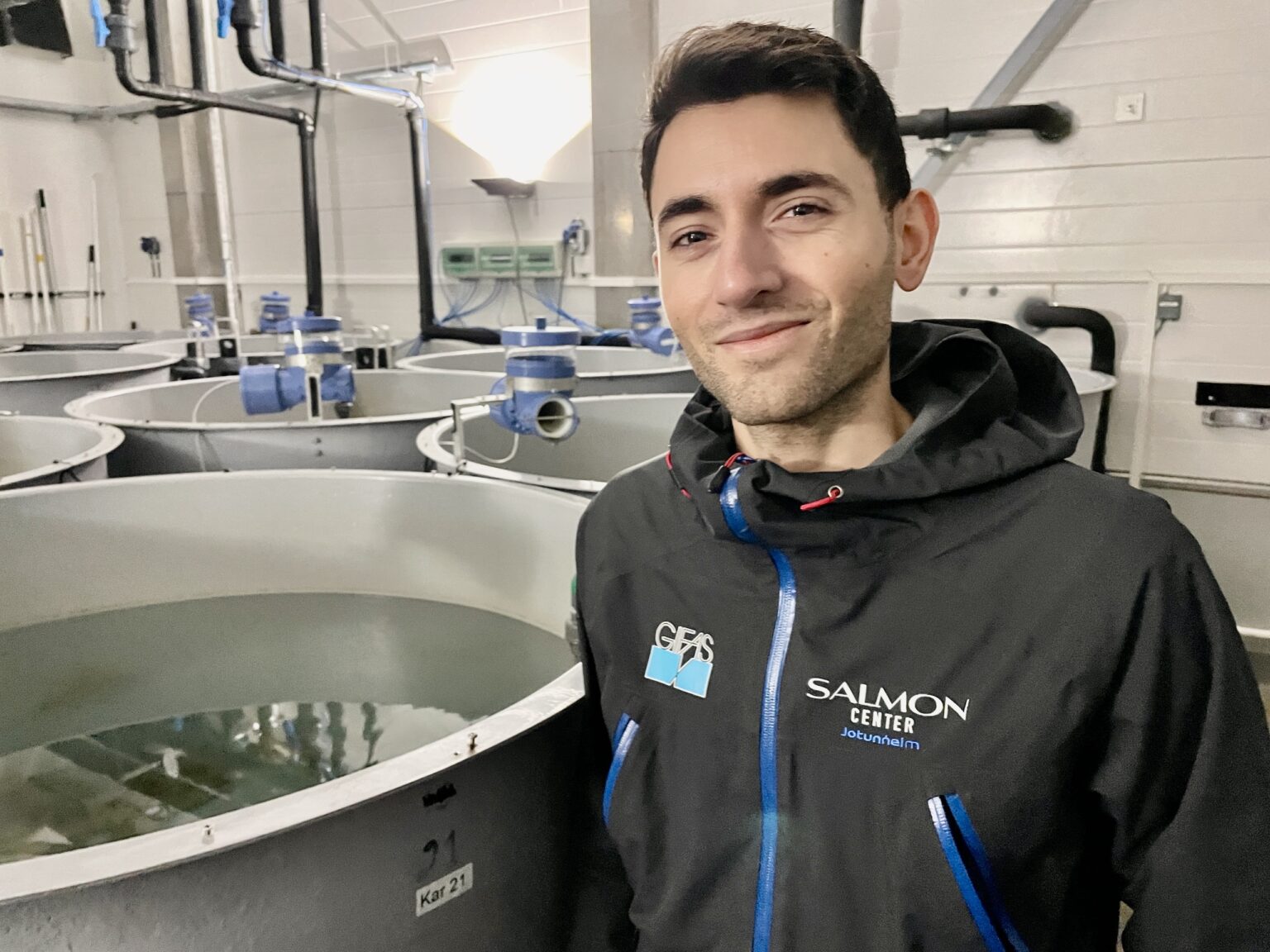 “Feed today is not sufficiently adapted to this fish species, and together with other factors such as stress, the fish can experience high mortality and disease.”

“My goal is to understand how stress affects the lumpfish and how a proper diet can contribute to a robust fish health, to meet the various challenges in the salmon industry,” he said.

“If farmers expect the lumpfish to find the salmon lice, they need good eyes to see them”, Lopes concluded.