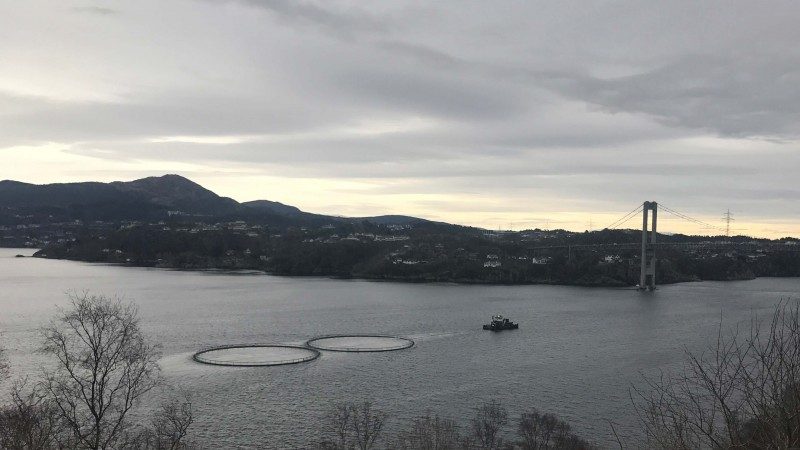 “I haven’t had a single offer,” the buyer at a salmon smoking operation says.

“It’s sort of the same picture as last Friday. We don’t know much about the volume. But, I’m betting it’ll move sideways after a little dip,” he said about the salmon price.

“It’s been a tough week. We bought last week at prices of around 68 to 69 kroner (EUR 7.1 to 7.2), and the selling price this week has been a weak 7.3 to 7.4 euro. That barely enough to cover expenses. The interest in the market is pretty slight. Even though we have goo access to the spot (market), buyer interest is weak,” an exporter said.

Contract price levels
“The spot price presented on the Nasdaq is higher than the (stately statistician) SSB’s price, which means a lot of fish is going out at contract levels. We see that customers are not being motivated to buy fish over contract level.”

“The market isn’t willing to pay more than (EUR 6.6 to 6.7). We’ll be bidding that price to buy. And we’re evaluating whether to delay buying, especially if you think about Brussels (tradeshow and conference), where many buyers operate, and then sitting with fish that too expensive … ,” he says, before adding, “We’re hoping for a margin of two kroner, and hoping that it’s on the plus-side,” he said.

Interest
Next week’s seafood show in Brussels is a concern many share. Historically, spot prices have often fallen during the week.

“Brussels — it can go both ways. But, there’s little interest from our customers’ customers to do anything. There’ll be a lot of days off next week out there in Europe — in Holland, Denmark, Portugal and Italy.

Is it the Brussels effect?

“No. The fish is too pricy to process, and that’s why it’s very subdued.”

Demanding
He finds support in another exporter.

“We won’t have that much fish next week — because of the Brussels Expo. It’s the same with or clients. A number of processing plants have closed due to all of the holidays,” he said, before describing the last two months as having been, “unbelievably trying” in the salmon market.