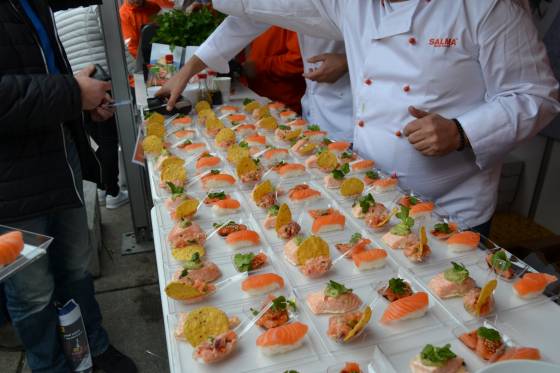 From week 34 to 36, the salmon price rose by 28%. The supply of fish was marginally reduced during that period.

July and August’s salmon export volumes from Norway were significantly higher than last year’s, but export volumes have not increased the last two weeks, according to statistics from the Norwegian Seafood Council.

During the same period, the spot price for salmon (delivered Oslo, Norway) increased from EUR 4.9 to almost EUR 6.4 per kilo, which is the highest price level recorded in September in modern times.

For those who still have doubt it, that price jump was driven by demand.

Disagreement
The rapid price increase that occurred at the end of August and beginning of September came in the wake of a considerable disagreement about the size of Norway’s salmon biomass by the end of July.

The Directorate of Fisheries, Seafood Norway and Kontali Analyse, submitted biomass statistics but there were discrepancies between them.

For both buyers and sellers of salmon, it’s vital to know how much fish are in sea cages, and how much will be offered in the foreseeable future.

Vulnerable position
Fish buyers do not like increased risk or uncertainty, and that fear has most likely played a significant role in market psychology lately.

This uncertainty has led to a number of international processors, foodservice companies and supermarket chains all seem to trade in fish volumes to avoid getting into a vulnerable position of a high-price scenario later in autumn and winter.

In this bidding contest the salmon price rose almost EUR 1.4 per kilo.

Norway’s salmon exports are expected to pass 800,000 tonnes this week, after export volumes year to date landed at 790,089 tonnes last week. This corresponds to an increase of 8.1 per cent in exported salmon quantity relatively the same date in 2017.