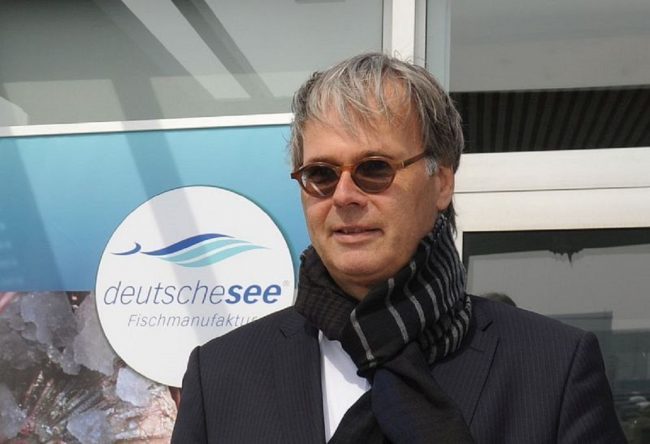 Egbert Miebach, the long-time owner and founder of German seafood giant, Deutsche See, died Tuesday after a brief illness, it has been announced. He was 60.

For over 20 years — ever since, in the 90’s, he and his friend Peter Dill took over the Unilever business — Miebach unrolled a succession of innovative business ideas that yielded fish quality and company growth, wrote German AHGZ. Growth was secured via the acquisitions of Seefisch and Beeck Feinkost.

A trained agricultural engineer, Miebach joined Deutsche See in 1999 as managing partner after management and marketing positions in Premier Pay TV, Apollinaris & Schweppes and Buddy KG. Dill and Miebach sold Deutsche See to the Dutch-German PVP only recently, and the sale was said to be prompted by Miebach’s undisclosed illness.

At last check, the farmed salmon fillets sold by Deutsche Sea from its Bremerhaven processing facility was winning taste tests in Germany. They won on appearance, smell, taste and mouthfeel, according to the Warentest foundation.