Company says that sale of Improve International is “a significant step in strategic exit of non-core activities.”

Aquaculture genetics business Benchmark Holdings writes in a statement that it has completed the sale of Improve International and its subsidiaries, a provider of CPD training for veterinary professionals, to RJD Partners and Heber Alves, David Babington, and Rui Lobão.

“The disposal is an important step in Benchmark’s strategy to exit non-core areas to focus on its key disciplines in the global aquaculture markets, and is part of the Company’s programme of disposals which, as stated in our interims results announcement of 29th May, is expected to generate GBP 27 million – GBP30 million in total. The proceeds from the Disposal further strengthen the Group’s financial position and liquidity,” wrote the company.

“Improve is held as a discontinued operation in Benchmark’s 2019 audited accounts and 2020 unaudited interim accounts and generated revenues and adjusted EBITDA of GBP 10.1m and GBP 1.7m respectively in the twelve months ended 31 March,” it added.

The Improve Directors, who are also employees of Improve, will participate in the acquisition and have a resulting interest in up to 30 per cent of the share capital in Improve.

New CEO and former SalMar boss Trond Williksen said the sale was part of the company’s refocusing: “The disposal of Improve marks a significant milestone in our programme of disposals and restructuring, which remains a key priority as we seek to re-focus the business on our core aquaculture disciplines and transition from R&D investment into profitability.”

Early this month, Chairman Peter George told SalmonBusiness that Trond Williksen agreed to become CEO because he heard that Benchmark was a sleeping giant. 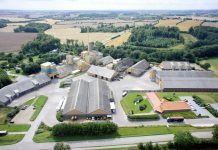 Fish farmer forced to harvest 750,000 salmon because of ISA