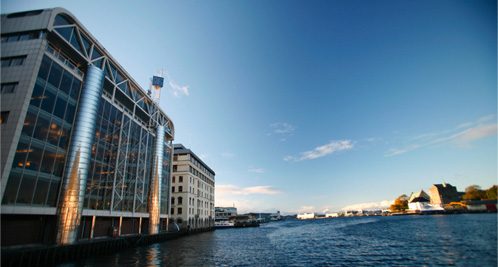 Earnings down on back of low average harvest weight and fish price.

On Wednesday, Grieg Seafood announced its second quarter financial results for 2021, highlighting a low average harvest weight and fish price for some of the company’s territories.

The company harvested a total of 17,812 tonnes of salmon, (excluding Shetland), for revenues of NOK 1122 million (US$125.8 million) – a decrease of 4 per cent compared to the same quarter of the previous year.

Company narrows focus to Norway and Canada
In the USA, prices surprised on the upside and increased to record high levels, following a period of negative supply growth in the Americas. This also positively affected demand for Norwegian salmon to Americas, with Norwegian exports to the US market strongly up in the quarter.

In a statement released with the results, CEO of Grieg Seafood, Andreas Kvame highlighted the strength of results from British Colombia, which he said underscores wisdom of the company’s decision to narrow the breadth of its operation to Norway and Canada. Earlier this year Grieg entered a sales purchase agreement with Scottish Sea Farms to sell its Shetland operations for GBP 164 million.

Statement
Commenting on the Group’s performance, Andreas Kvame said, “During the second quarter, Grieg Seafood took new and important steps towards a post-pandemic recovery. The market is getting better, prices are increasing, and biology is improving across the regions. At the same time, we still experienced some bumps in the road. I am not satisfied with an EBIT of NOK 44 million.”

Kvame continued, “British Columbia was a highlight with stable biological control for yet another quarter, coupled with high prices in a strong US market. Rogaland delivered a satisfactory result, while Finnmark remained impacted by remnants of the challenging biology from last winter. Several actions are taken to avoid similar severities during future winters, from changes in our approach to transferring fish to sea and new vaccine strategies to more post-smolt and VAP capacity. We are also continuing to develop our Newfoundland region responsibly and step by step. To increase chances of optimal biological conditions in sea, we have postponed transfer of fish to sea until next spring. Beyond this postponement, the project is on track, with millions of fish currently growing healthy and well in the fresh water facility. The potential for Newfoundland remains in the medium and longer term, underpinned by the strong and growing US salmon market next door.

“During the second quarter, Grieg Seafood also reached several milestones towards delivering on our 2025 strategy. First and foremost, we executed our plan to narrow the company’s focus to Norway and Canada as our two robust farming regions. We entered a sales purchase agreement with Scottish Sea Farms to sell our Shetland operations for GBP 164 million. Substantial improvement efforts over several years are completed in the region, resulting in a profit for the quarter. The sale and high price leave us in a strong financial situation and provides room to engage in growth initiatives in Norway and Canada in line with our strategy,” finished Kvame.