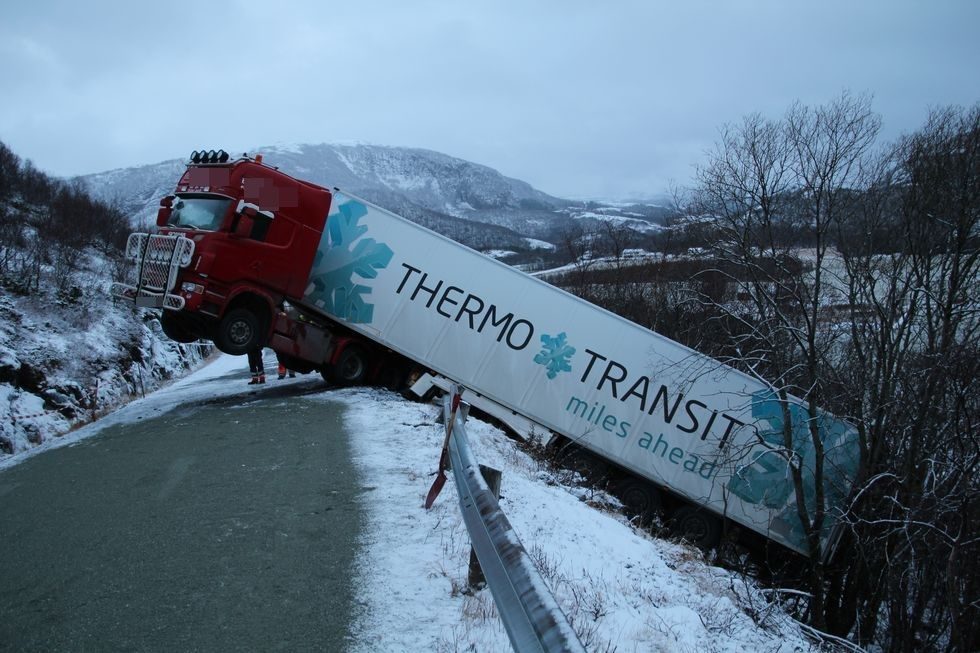 Driver had to jump out of the truck, moments before it started to slide backwards.

There were critical scenes when a truck full of salmon started sliding off the road in Trøndelag, central Norway.

Local police reported the incident Sunday at 10.30. According to police, the driver suffered from injuries to his hand and face after having to jump out of the trailer.

Bjørn Rytter, a truck driver who came to the scene about 15 minutes after the incident, said that the driver was lucky.

“It looks quite dramatic, if there had been no trees here, he’d have fallen further down. He’s been lucky, I’ll say. It’s probably a 50 meters steep slope down there, ” Rytter told the publication Adressa.

At 11.50 this morning, local news announced that the road is now open after being closed for a day.