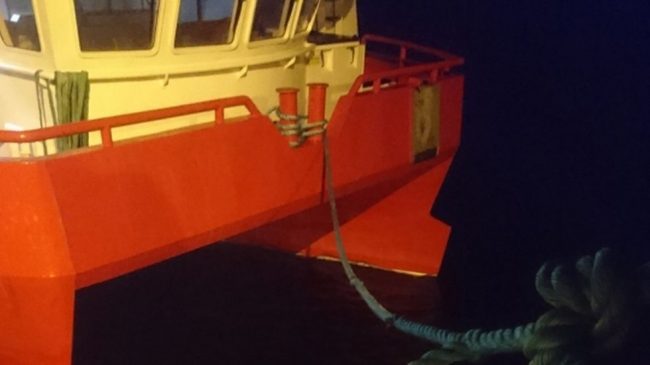 A pleasure boat driver thinking he could speed between the pontoons of an anchored Norwegian fish-farming catamaran ended up crashing into the sea, swimming to shore, and then, apparently, driving home.

Police are fairly certain the man piloted his boat and drove his car home while drunk, writes newspaper Hitra-Froya.

A witness saw the boat drive into the catamaran, but his strong foreign accent was reportedly difficult for police to understand.

The accident and the man’s disappearance in mid-afternoon on Wednesday brought out a Sea King search and rescue helicopter as well as a Coast Guard launch.

After his crash into the berthed vessel, police found the man at home: “He smelled of alcohol and slurred his speech,” police said.