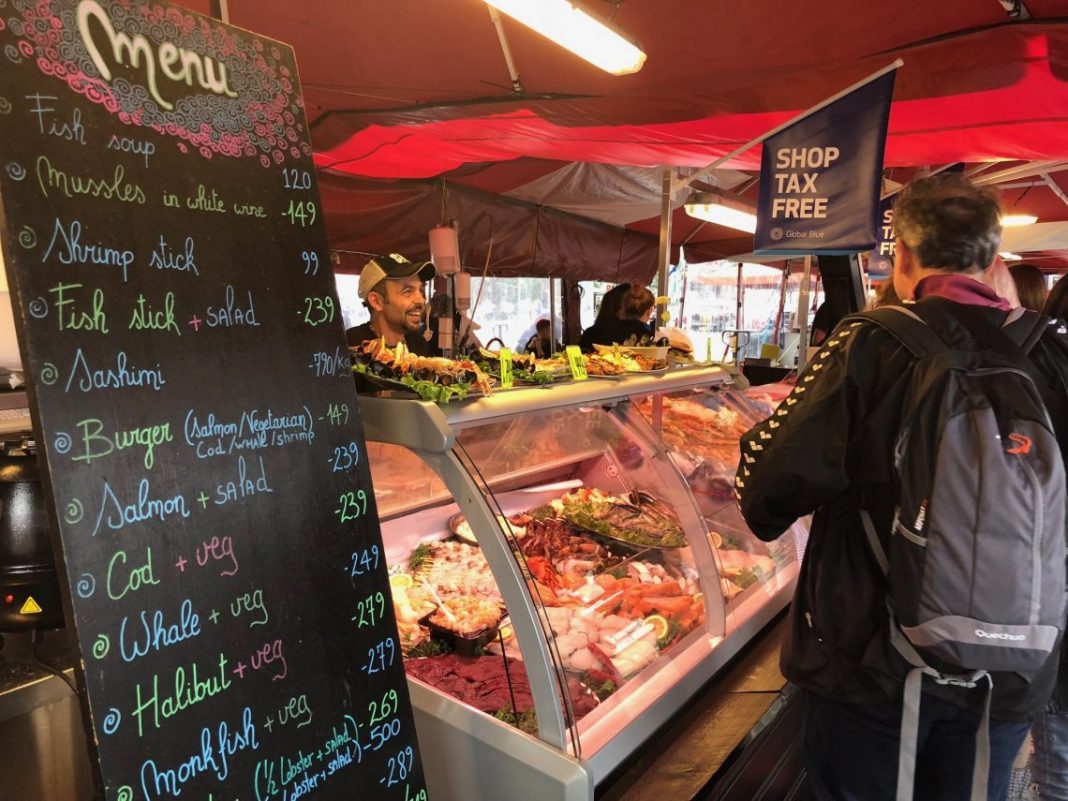 So far this year, Norway’s salmon export has exceeded 600,000 tonnes.

The calendar shows that it is now the time of year in Norway for general staff holidays, but given the level of activity in Norway’s salmon slaughter/processing plants the calendar would appear to be incorrect. A 35-percent drop in prices over two months has and is stimulating demand in the major importing countries. It’s ‘all hands on deck’ at gutting machines and packing stations.

Way ahead of last year
On Monday this week, Norway’s salmon exports accumulated so far this year exceeded 600,000 tonnes (converted to round weight), and thus lies close to 50,000 tonnes over last year’s level.

According to export statistics from the Norwegian Seafood Council (NSC), it is the major importing countries that are responsible for most of the surge.

Last week the victors of the World Cup 2018, France, purchased 1,879 tonnes of fresh salmon, equivalent to more than 90 semi-trailers with packed, ice-chilled fish. That’s a whole 52 percent more than for the same week in 2017.

Air freight
The United Kingdom was hot on the heels of France.

The British imported 1,308 tonnes of salmon – up 102 percent from Week 28 last year. The United Kingdom is also an important transit country for ‘airborne’ salmon, particularly via London’s Heathrow Airport. As SalmonBusiness has previously reported, the markets are ramping up imports for “flying fish” following this summer’s price nose-dive.

Hungry Poles
The biggest importer of salmon was meanwhile Poland.

Poland, which has a massive processing industry, has in total this year imported 64,346 tonnes of fresh, Norwegian salmon. No other country has purchased anywhere near this amount.