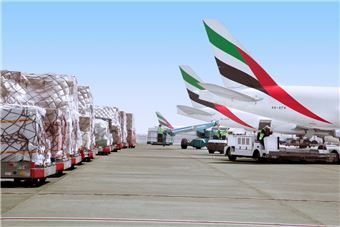 Emirates SkyCargo will begin adding Santiago, Chile to its nework of cargo destinations to capitalising on the South American country’s billion-dollar salmon market.

The air cargo carrier will be offering customers up to 15 tonnes of cargo capacity on its Boeing 777-200LR aircraft when it lanuches on July 5th according to a press release on the government of Dubai’s website.

“With the launch of its services to Santiago, Emirates SkyCargo will be able to facilitate Chilean exports of salmon and other perishables to destinations on its global network,” the airline said.

Chile is the world’s second largest producer of farmed salmon and exports of salmon from the country were valued at over $4.6bn in 2017.