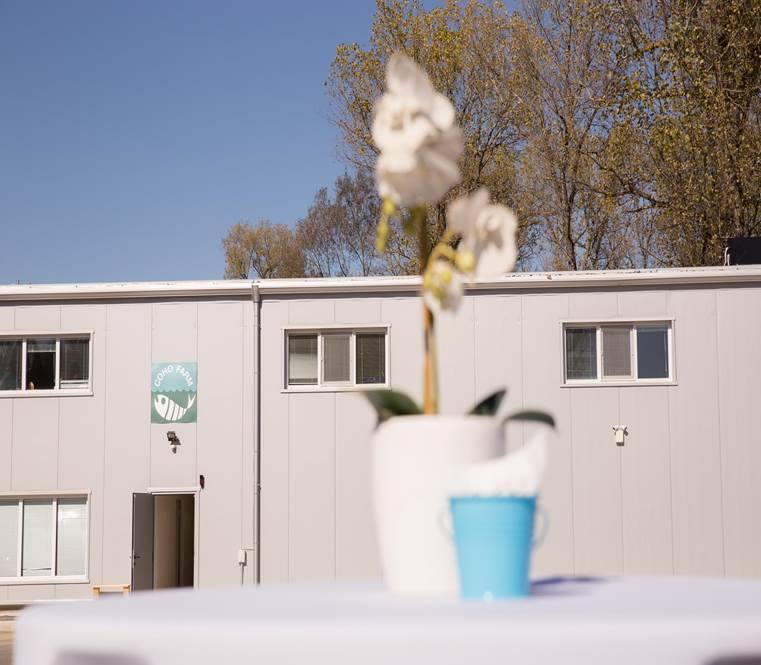 A Coho salmon farm in Europe? You bet — and, they aren’t growing Chinook (or King), pink, sockeye or any of the other Pacific breeds.

It’s fast-growing Coho, and it’s reached Europe’s shores — or, rather, its stores.

Coho Farm Ltd. is Europe’s first commercially viable Coho operation, and it’s only been in business since 2006. That’s when the U.S. Embassy in Sophia, Bulgaria, helped mark the start of Coho salmon supplies to a Japanese restaurant in the city.

Success
After some construction issues were identified and fixed, sales to Bulgarian supermarkets and restaurants took off in September 2017, and now founding partner, George Stefanov, is aiming for his first cross-border sales. He has the space and planning consent to expand production, and given the species’ growth rates, unique colour and higher vitamin count than Atlantic salmon, he’s optimistic of finding a European partner, be they from a restaurant or supermarket.

“We’re looking to expand sales outside of Bulgaria, so any interest from parties are welcome, and they can simply contact us,” Stefanov told SalmonBusiness.

Like other land-based salmon growers using recirculated aquaculture systems, or RAS, he’s aware of the heated debate between proponents of land-based and marine grow-outs. He says the costs of production are “similar” when you factor out mortality.

“(The debate) has been that way for some time. Land-based is becoming more and more viable, although the start costs are higher initially,” he said.

“When you take into consideration all the facts, like mortality, then it turns out that they’re pretty similar in the cost of production. Proximity to market is a plus for all land-based aquaculture.”

Rare Coho
Now, after his September start with clients in sophisticated Sophia, business is picking up.

“It’s good. We’re operational,” he said, adding that he knows RAS is rare and Coho farms in the world are not exactly ubiquitous.

Read US Foods to offer Chilean Coho to 250,000 customers

“For Europe, it’s not being farmed. It’s being farmed in Chile and in Canada, too. I’m not sure about the rest of the world,” he said.

And Stefanov does have a Canada connection that has become a feather in his hat. It was Canadian RAS interests in Ontario-based Canadian Aquaculture Systems Inc., Viodaq, ReThink Inc., Marine Assessent Group Inc. and WMT under the Aquaculture Works umbrella that got him started.

“They’ve been great. We’ve had no problem with production or the equipment.”

The results, for now, are fish between one and two kilograms, although the grow-out is on-track to see 250 tonnes of the 3 kg size — a market favourite in Norway — by around year-end. Should all continue to go well and if sales pick up, Stefanov says he can expand production.

“They are popular. But the market is for whole fish, not fillets,” Stefanov said about his Coho.

“We can deliver. But the fish are first kept in a separate tank without feed for seven days (before delivery).”