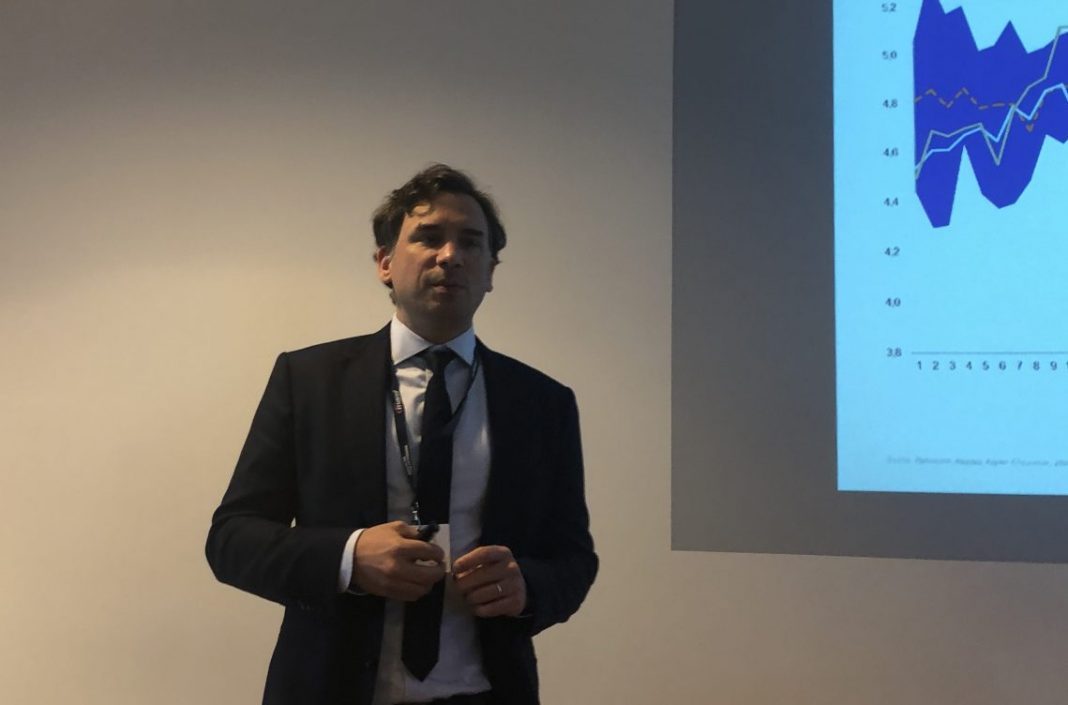 On the pretty sharp decline in Chilean supply, Gorjan Nikolik said that the second and third quarters will be continuously in shortage.

“It will more than makeup for the lost volume. So stability is really back on track there,” he added.

This coincides with the opening of the USA HORECA market (hotel/restaurant/catering) which will further acceleration of demand.

Volatility
He added that overall despite the volatility basically overall, throughout the past year and a half, “we’ve consumed more salmon at a higher price”.

“This indicates that there has been a big rebound in demand in 2021. So far,” explained Nikolik.

“There are quite a lot of shortages in North America and we have a better supply in Europe,” he said, talking about the next six months ahead.

“So you can expect the Norwegians, Faroese and the Scottish to really try and increase their export volumes to USA markets,” he said.

“European origin salmon has a strong brand in the USA, it’s seen as a premium product, so I think that will happen,” he added.

“Asia has had pretty strong imports coming back from a very difficult 2020. But there’s a slow down in Japan too and China remains the weak market,” he added.

The spot price fell somewhere between EUR 1-1.5 last Friday, which it often do in the second half of July.

“To a large extent this happens every year. It’s still higher than last year. Some people expected it wouldn’t happen, but it did,” he added.