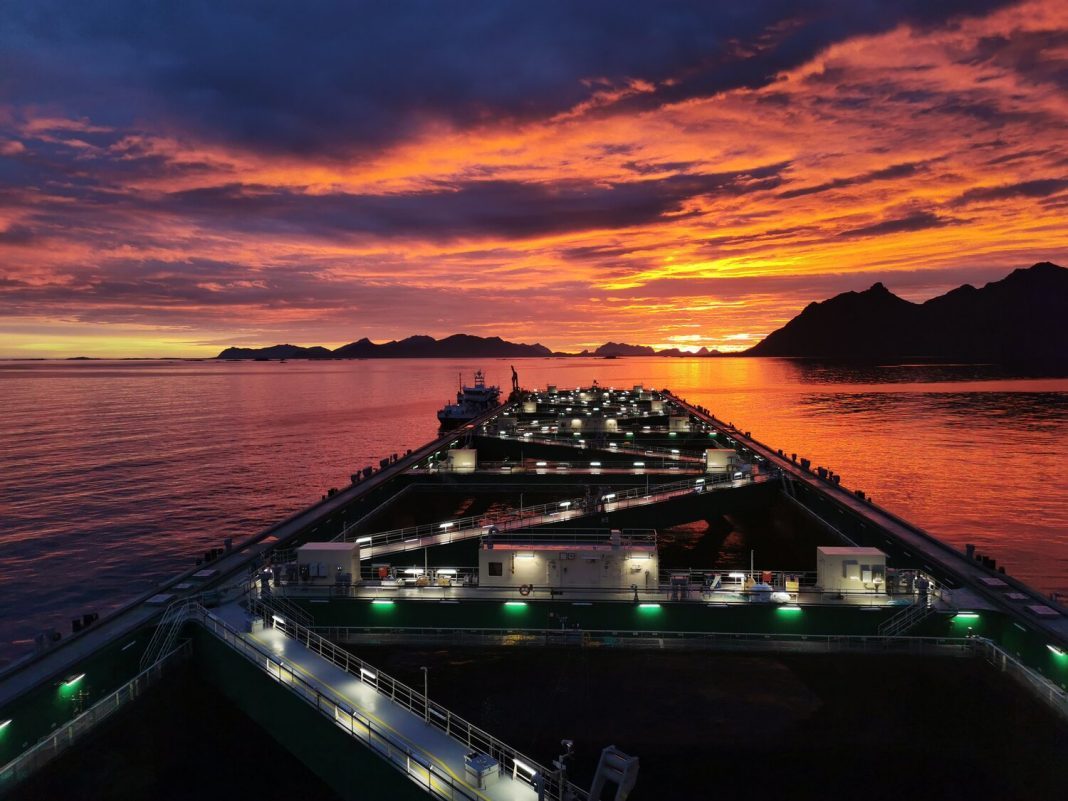 Five years in the making.

Six weeks after arriving at Norway, the first salmon have been put out in the “Jostein Albert” sea farm, Nordlaks wrote in a press release.

At night on the 25th July, Nordlaks completed the first delivery of salmon to the “Jostein Albert” sea farm. During week 31, three out of six units will be deployed to be completed by this month.

Preparations for the postponed fish in the sea farm have gone according to plan, it added. The 385m long ocean farm weighs 33,000 tonnes and will eventually hold up to two million salmon.

“Up until now, it has been a hectic period with a lot of personnel on board for the completion and preparation for postponement. We have priority to get the fish in, and we are on track to be finished with postponement by September,” said Nordlaks’ Captain André Grøtta.

The salmon that have so far been put out in the sea farm are about 2 kilos on average and were moved from the grow-out facility near Hadsel, Northern Norway.

“Fish have so far moved into two out of six units in the sea farm. There are now about 20 people working onboard, and there will be extra service personnel on board even for a period of time to come. There is still some work to be done before the sea farm is fully ready and we have put in place all the fish, but now we are approaching more and more a normal operating situation,” added Grøtta.

The fish are monitored and fed from Nordlaks’s operations centre in Hadsel.

“The fish responded very well to feeding immediately after the move and has distributed well in both width and depth. Everything indicates that the fish are thriving,” said Trude Lind, head of Nordlaks Farming operations centre.

During the month of August, the goal is to have put out a total of 2.3 million salmon in the sea farm. The first harvest is scheduled to take place around the new year.