Grieg Seafood NL has reached a number of milestones in a matter of days as its brand-new operations in Newfoundland and Labrador kicked off, among them the arrival of a barge equipped with the latest innovations reportedly not seen anywhere else in North America.

Called Little Paradise, the feed barge offers centralized and automatic feeding of Grieg NL’s salmon in Placentia Bay but also enables the barge staff to monitor the health of the fish and the environmental conditions.

“This is a significant investment in not only the most advanced system in Canada, but it’s one of the most advanced in the world. This is bringing cutting-edge technology to Newfoundland in Atlantic Canada,” a Grieg employee told local news outlet, NTV. 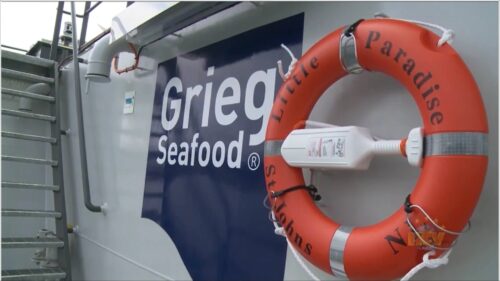 The barge is part of the supply deal signed in 2018 between technology provider AKVA Group and Grieg NL for feed systems and locally-built feed barges until 2026. The contract’s scope is for a minimum of eight barges, but the final number of barges is dependent upon the final number of licenses/sites issued and approved by the Province of Newfoundland and Labrador and regulatory authorities.

“This exact model has everything that can be offered right now in aquaculture. You have your hybrid technology, artificial intelligence, monitoring systems, safety systems, video systems controls. Everything is cutting-edge on this barge,” an AKVA executive told NTV. 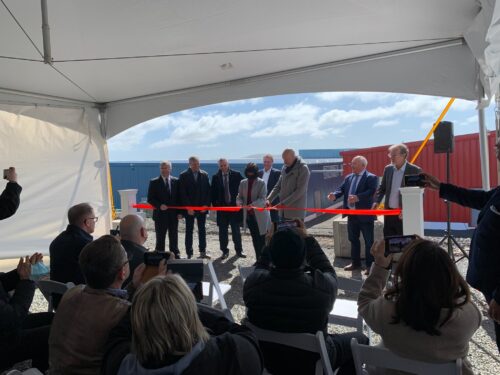 On April 21, Grieg Seafood NL officially opened its operations in Marystown in Newfoundland. Grieg NL will add up to 11 more sea sites to Grieg Seafood’s Canadian operations. In 2025, the company expects the first harvest of 15 000 tonnes. The company pegs the long-term harvest potential of the Newfoundland operations at a minimum of 45,000 tonnes.

“With proximity to important markets on the US East Coast, our Newfoundland region significantly strengthens our US market exposure and opens for synergies with our existing operations,” the company said.