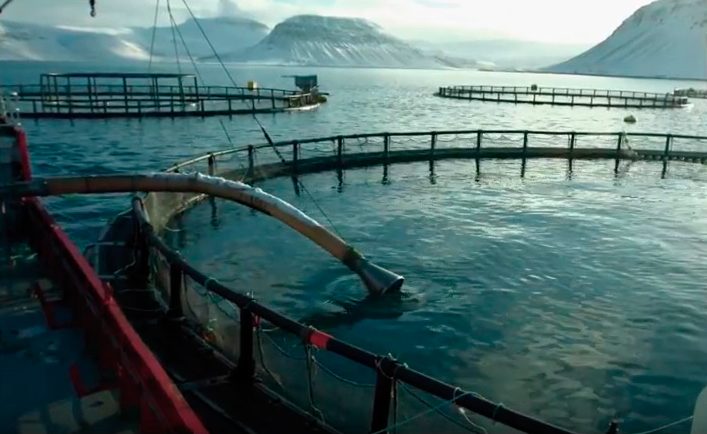 The financial news publication Dagens Næringsliv (DN) reports that the companies have submitted applications for projects that can increase the country’s current annual production of 8,000 metric tons to more than 150,000 metric tons.

“We see Iceland as a production region with amazing growth opportunities. However, it’s vital the industry takes one step at a time and does not expand too rapidly, NRS CEO Charles Høstlund told DN.

Scepticism
Even though Høstlund asserts they have been welcomed on Iceland, particularly by coastal municipalities looking forward to the prospect of jobs, not everyone is as happy about the plans.

The organisation Icelandic Wildlife Fund was recently established, with the aim of curtailing salmon farming.

The companies are also meeting opposition from various people that wish to protect the wild salmon. They maintain the companies must first gain the upper hand on escapes, disease and salmon lice before any plans can be put into operation – and preferably in closed containment constructions.

Support prevalent
Høstlund says he has sympathy for the scepticism, especially concerning the projected increase in production.

Nonetheless, he maintains they have met with widespread support from the locals in the West Fjords.

He also said a joint announcement has been sent out from all the municipalities in the West Fjords lending firm support to the developments initiated by the salmon industry.