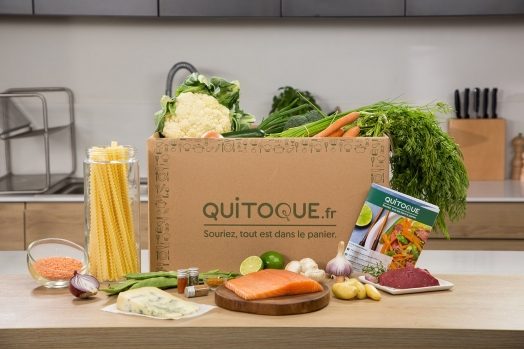 French supermarket giant, Carrefour, says it, too, now has an ally in start-up Quitoque for the e-commerce and home-delivery wars of retail survival thought to lie in the not-too-distant future.

Carrefour acquired a majority stake in successful meal-kit outfit, Quitoque, late last week and then said it controlled “one of the French pioneers in food-tech”. Quitoque offers a subscription system for access to recipes and home-delivered ingredients.

In less than four years, Quitoque has built up to 60 employees, and a Carrefour statement called it “a French leader in meal kits delivered at home”. Despite having just 60 employees, the small company delivered three million meals throughout France.

“This investment allows Carrefour to expand its food e-commerce offering. It is fully in line with the Group’s ambition of creating an omnichannel universe of reference and becoming the world leader in the food transition for all,” a statement heralded.

“At the crossroads of digital and food, Quitoque will enable us to strengthen our position in the Foodtech industry in order to provide an omnichannel response to new consumer habits through the combination of proximity, convenience and quality,” Carrefour executive director for digital transformation, Marie Cheval, was quoted as saying.

However, Carrefour’s online business seems to already lie ahead of some competitors. A world retailer in the truest sense, its smoked, filleted and whole Norwegian and Scottish salmon sells online as far afield as Lebanon.

In Dubai, a 300-gram fillet ordered online goes for USD 82 million. However, it is not understood whether fresh deliveries of salmon in France using Quitoque can be dublicated by deliveries in the blistering Arab sun.

With the deal, Carrefour — with 380,000 employees working at 12,300 stores in 30 countries —  hopes to improve on its EUR 88.24 billion in 2017 sales.  Early in 2018, Carrefour Brazil launched an “innovation forum” event in São Paulo in a search for tech-specialists there that could one day lead to deliveries of Chilean salmon door-to-door.

Just in the backdrop is “Carrefour 2022”, the supermarket giant’s plan for “digital transformation” over the next five years.