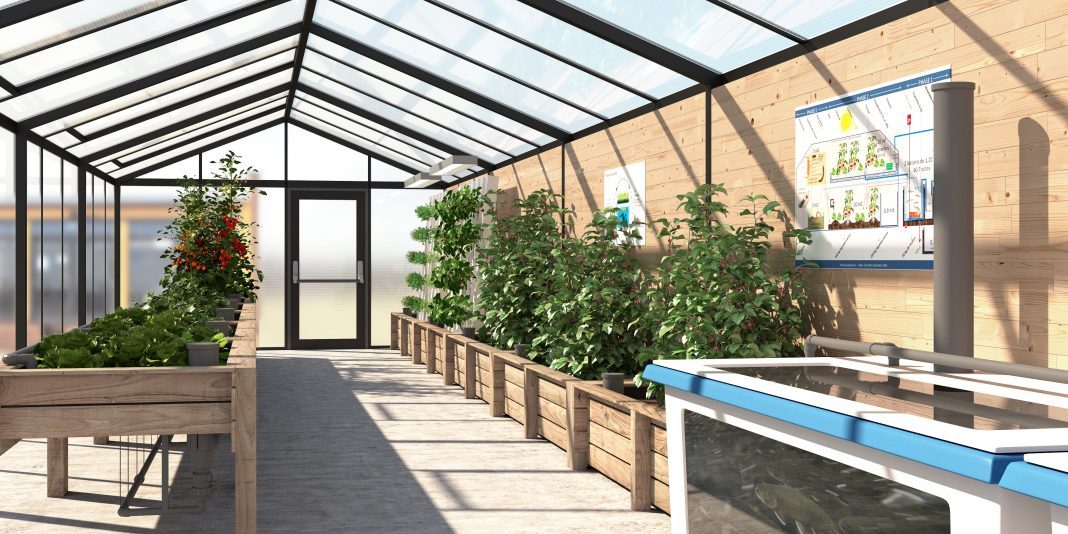 Last August, SalmonBusiness reported that the Normandy-based salmom farmer Saumon De France is to open a farm that uses fish waste to grow vegetables and fruit. In Cherbourg, Northern France, the greenhouse is used to raise freshwater trout over the three-month cycle, which are then smoked in Saumon de France’s processing plant. Vegetable production is expected to reach 1 tonne per year.

The aquaponics project will also allow them to grow salmon smolt. With the method, Saumon De France’s harvest estimate of 250 tonnes this year, could potentially reach 1,500 tonnes, they wrote at the time.

In a press release on Monday, the telecommunications giant Orange explained how it us supporting the salmon farmer for the IoT project as they are both interested in how businesses can use tech to sustainably feed a growing planet. The term IoT means everything connected to the internet, but it is increasingly being used to define objects that communicate with each other while gathering information, to analyse it and create action.

For the AMP project, it’s mostly about the control. This means for the fish and the pH of the water, its oxygenation rate and its temperature, and for plants the concentration of nutrients, not to mention the monitoring of the power supply for the operation of the plants and water circulation pumps.

Project Director for the AMP Group Julie Benoît wrote: “The solutions that currently exist are specialized in either fish farming or horticulture, but rarely both. Now, we are at the crossroads of both productions. We had heard about the installation of the connected greenhouse on the Orange Gardens site. Interested by this technology, we then contacted to know if Orange had answers to bring us. A month of development later, it was done. Orange had developed a tailor-made IoT solution for AMP.”

“Since their technical supervision is done remotely, we have provided them with centralized monitoring that allows us to have a global view of the installations, as well as sensors and connectivity, adapted to their business model”, explained Orange Innovation Project Manager Laurent Chivot.