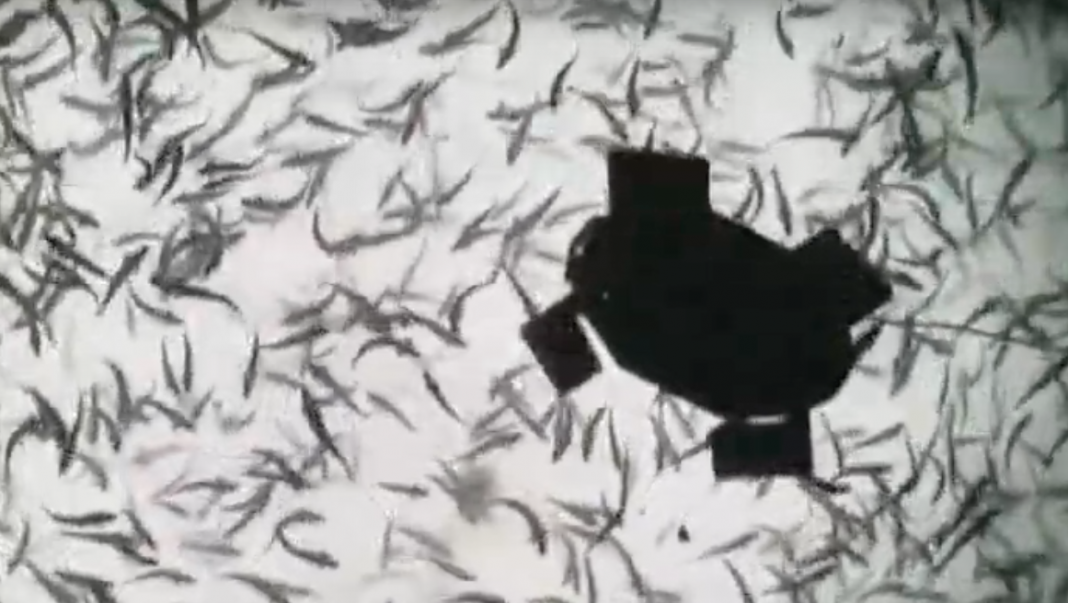 Experiments showed that the fish are not scared and are not stressed by the robotic turtle which was supposed to be used as a shipwreck investigator. Salmon were more likely to swim slower and closer to a small flipper-propelled the “turtle” than a thruster-driven underwater robot or a human diver.

SINTEF, NTNU and Tallinn University of Technology are collaborating on the project, which SalmonBusiness mentioned for the first time in February 2019. The practical experiments were carried out by SINTEF Oceans in a full-scale aquaculture laboratory ACE, operated by SalMar and as part of the EU project AQUAEXCEL2020, writes SINTEF.

The turtle robot called U-CAT was developed at Tallinn University of Technology in Estonia and was originally designed for underwater archaeology. The idea was that it should be used to investigate shipwrecks on the seafloor, and it was therefore made as a small and very manoeuvrable robot. Because of these characteristics, the researchers believe it could be used in aquaculture.

The experiments showed that the fish are not scared and are not stressed by the robotic turtle to any great extent. They swim calmly and fairly close to the turtle, while the experiments show that both divers and underwater vessels keep the salmon away from the invaders.

With such robots, salmon farmers can get online updates and monitoring of life in the cage. The robot turtle can also be connected to various measuring instruments and sensors.

Using robotic technology in surveillance instead of divers allows monitoring to continue all the time. This may contribute to earlier response, greater predictability, better fish welfare and lower mortality, the researchers believe.

“The overall purpose of the experiments was not only to test the turtle robot but also to examine what characteristics robots used in the fish farming industry should have,” said Maarja Kruusmaa.

“We have found that the most crucial characteristics are the size and speed of the surveillance robot, while colour or motor noise hardly matters,” she said.

According to Kruusmaa, fish are only slightly disturbed because the robotic turtle is small and moves slowly. The fact that it resembles an organism living in the sea does not play as much role as expected.

“The conclusion was rather the opposite of our expectations: The fact that the robot looks like a marine organism does not seem to play any role at all. And that’s actually good news; So we don’t have to make the robots fish or turtle-like. This will make it cheaper to develop and utilize robots in a new field of application – monitoring marine organisms,” Kruusmaa emphasised.