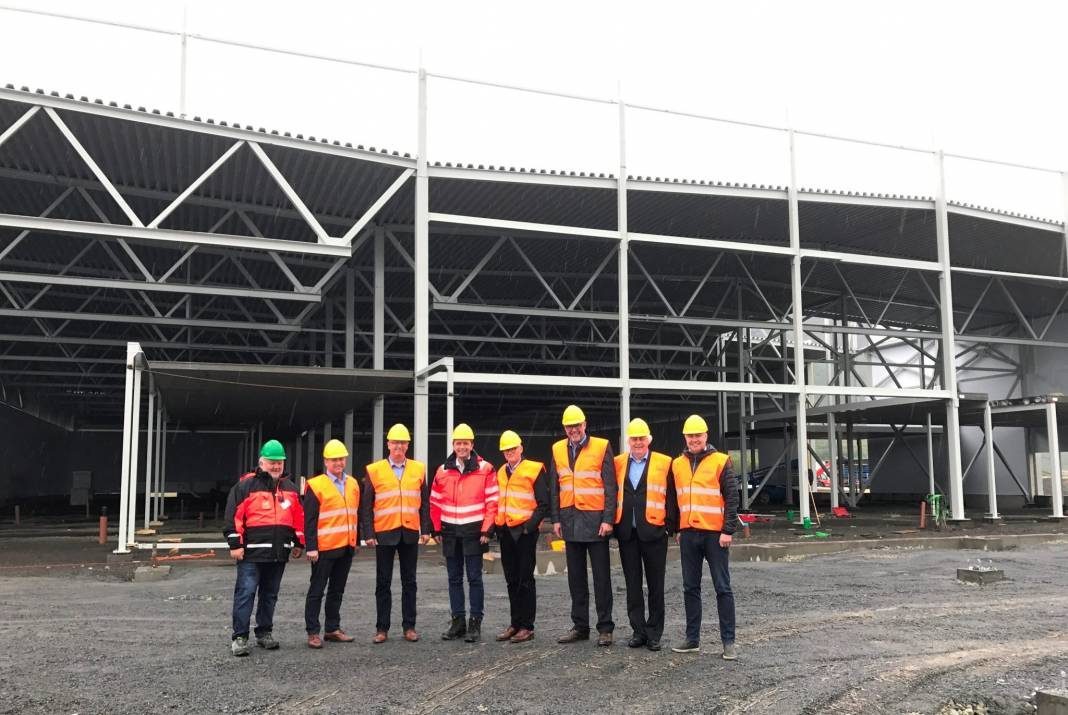 Baader to be the main contractor for the new salmon slaughter plant in Steigen, Northern Norway.

Baader CEO Robert Focke is thrilled the company has been chosen by Cermaq Norway.

“Baader is proud to deliver a high-tech and cutting-edge plant for slaughtering and processing of salmon”, said Focke.

The plant will have a surface area of around 8000 square metres.

According to the plan the plant will be completed and ready to commence operation during the second quarter of 2018.

“Together with Baader, we came up with a good and comprehensive solution for the slaughter plant that meets today’s requirements. It also provides us with a sound platform for future development”, Kvist said. “For Cermaq’s part, it is an advantage to have one main contractor.”

The best there is
Baader Norway Managing Director, Vidar Breiteig, is full of praise for the new plant.

“One should always think twice before using superlatives, but there can be no doubt whatsoever that this plant will be the world’s best and most efficient salmon slaughter plant to date,” he said, adding that the ultimate goal is to be best.

“A product of the finest quality is harvested in its entirety from the marine cages. Our plant will ensure this quality is sustained in a manner by means superior to other salmon slaughter and processing plants,” he said.

The company has sole responsibility and also acts as the contractor responsible for the plant’s subcontractors.

Main contractor
Modulf Barstad of Baader Norway explained that the plant will be a model of state-of-the-art technology.

“We are responsible for the whole process. This means from the time live fish enter the plant until they are finally packed with the aid of Baader’s new high-speed whole-fish packer/grader. All this takes place in a plant with high-tech automation steered by Baader’s exclusively developed software “B’Logic Processing Software”, which integrates CodeIT’s unique software for marking/labelling. This provides the customer with a single software platform for the entire plant. Cermaq will subsequently be the recipient of the first plant to be built according to the «Industry 4.0 manufacturing facility» standard,” Barstad said.

According to Baader the plant will be an important showcase vehicle for the company.

“The fish are monitored all the way from cage via ”stun & bleed” and further to gutting machines, where they are gutted, weighed and photographed for internal quality assurance. All registered information then accompanies each individual fish thus ensuring its traceability all the way to the customer,” he said.