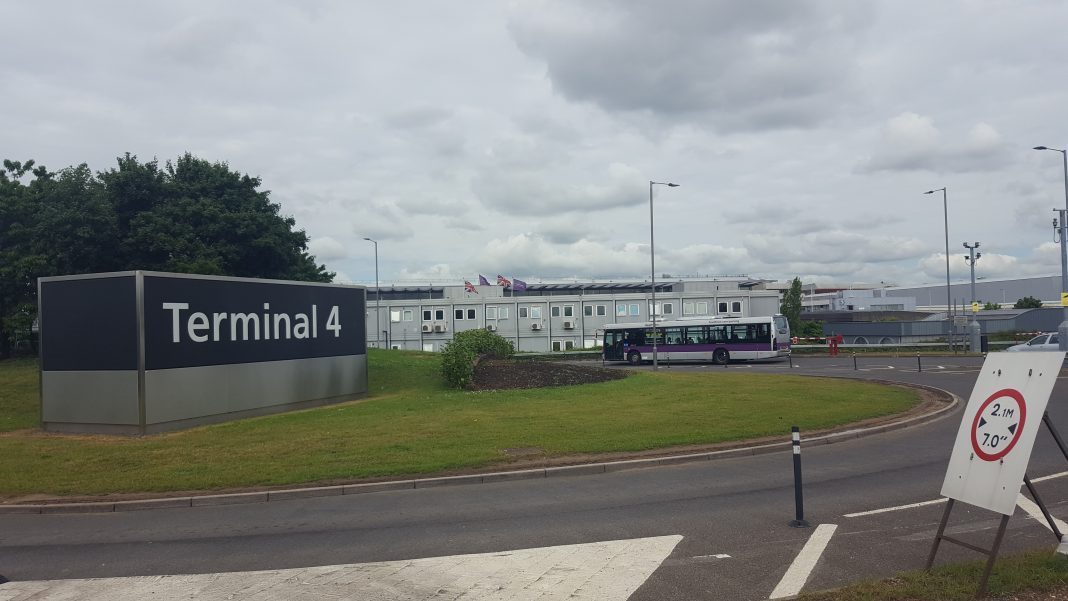 High capacity and low freight rates have raised Heathrow Airport’s standing as one of the world’s leading airports for transhipment of salmon.

“The market has changed so much; it is the companies with capacity that have a considerable edge on the competition. There’s no point in salmon exporters negotiating deals if the fish can’t be shipped, and if they are secure in the knowledge that capacity is available, they know the fish will get sold,” he told iLaks.

Lower rates
“Changes have come about due to Brexit and the British sterling weakening. Heathrow Airport has subsequently attracted an influx of freight as competition has hotted up among air cargo companies. Freight capacity and rates of exchange have driven these changes,” Kuo said.

A considerable percentage of shipments are flown to and from the United States, but also an increasing number of consignments for European and Asian destinations are going via Heathrow.

“Heathrow is the largest airport in Europe and has enormous capacity. Due to this high capacity we have to – in order to compete – offer lower freight rates, than for example Oslo, Stockholm, Copenhagen and Amsterdam,” explained Kuo.

Allocated to salmon
“It’s not just fish and seafood, but all kinds of raw materials, which take up much of the space here. For our part, 99 percent of the perishables we fly from Heathrow is salmon. We have allocated the capacity we have for perishables at the airport to seafood, particularly salmon. That is the way it has been for our operation the past ten years,” he said.

The volume of salmon shipped by DB Schenker has doubled in the last two to three years, with a 250 percent increase in the last 18 months alone for shipments dispatched by the company from Heathrow. Meanwhile, it is delivering salmon to an increasing number of destinations across the globe.

“More people are choosing us because we run a sustainable operation that customers can rely on for its predictability. They can go to our competitors who offer lower shipping prices, but they can never match us for capacity,” Kuo said.

Own cool store
Most of the transhipment of salmon and seafood from the company’s terminal at Heathrow takes place in the early hours of the morning. All the seafood pallets are scanned and placed in the cool store before being loaded on board the correct aircraft. DB Schenker is the only air cargo company with its own cool store designated solely to seafood.
The cool store maintains a temperature of 2-4 degrees Celsius, which guarantees the fish remain chilled with no risk of ice melting in the boxes. Should a problem occur during loading, the pallets are immediately returned to the cool store.

“Fish and seafood are very sensitive,” Kuo points out. “It’s all about food safety and ensuring the right temperature for the fish. Problems arise if there is an increase in the temperature, subsequently causing a decline in the fishes’ value. Our customers know we keep the fish chilled, and that they arrive at their destination still completely packed in ice in their boxes.”

In order for Kuo and his staff at the Heathrow terminal to be certain the salmon and other seafood arrive on time to importers around the world, they must pre-book capacity on board aircraft two to three days in advance. Normally, packing of the salmon takes place two to three days before shipping to the recipient, and processing plants in northern Norway must also allow for a few days extra.

“The Norwegian exporters know there is a delay of 1-2 days when routing through Heathrow. Some importers accept this, while others do not. It comes down to whether they’re willing to sacrifice a couple of days by using Heathrow.”

Poor practice
Despite its dominance in the market, the air freight business poses major challenges for the company. The biggest challenge comes from the seafood industry in that it pays the least for air freight – a fact that both exporters and the air freight industry are responsible for.

“Salmon, in itself has high value, but the industry’s slim profit margins rule out paying high airfare rates,” explained Kuo. “They pay only 30-40 percent of what other industries pay per kilo of freight. This means the airlines don’t make much money on shipping fish, despite the necessary urgency to dispatch the fish to the markets. Fish is a heavy product, and the airlines like fish due to this weight, but exporters shy off from paying top freight rates for it, and that’s bad practice.”

Transparency
According to Kuo, some of the exporters try to squeeze shipping orders by reducing the rates. Certain agents are desperate to ink contracts with fish and salmon exporters and reduce rates below cost to capture the contracts. This is a poorly thought out practice that has been going on for many years, and he wonders why agents do this when they know they’ll end up losing money in the long run.

“We have an open relationship with our customers, and do not offer below-cost air freight. Therefore we expect our customers to not sell their fish below cost, as that practice ends up with us also being squeezed. We have our margins and must make a profit to keep the business up and running,” he said.